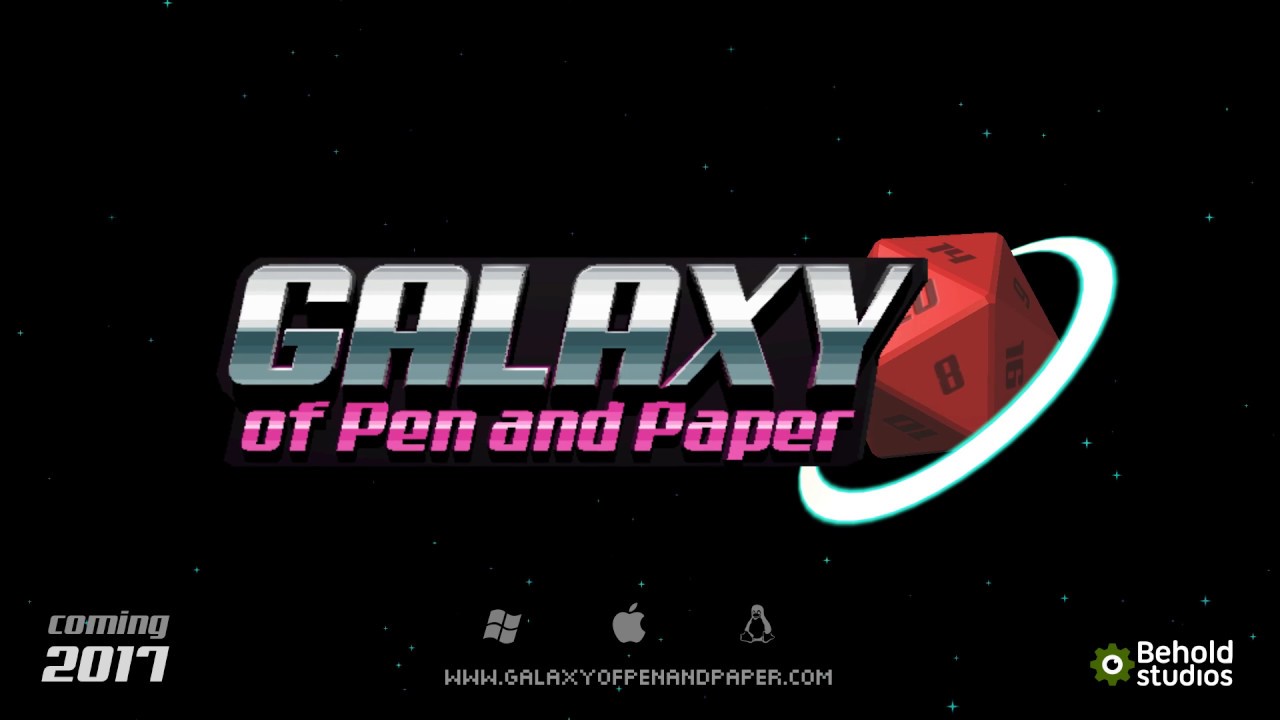 In observance of the International Day of Human Space Flight, indie publisher and Area 51 truthers Behold Studios announced that Galaxy of Pen and Paper, the sci-fi-themed follow-up to hit RPG simulation Knights of Pen and Paper, will splash down on Earth this July. In addition to the previously announced PC, Mac, and Linux versions, the game will be available for iOS and Android mobile devices. Tinfoil hats are not included.

Galaxy of Pen and Paper is a RPG simulation game that juxtaposes the world of pen-and-paper RPGs with roleplaying video games. The new game retains the retro look and classic turn-based gameplay of its predecessor, but shifts to a sci-fi-theme that lets players man spaceships, explore planets, and battle their way across the stars. Experience all the fun of a pen-and-paper RPG without the lost dice!

Key Game Features
Explore the Galaxy:
Gather your party and control both the adventurers and the Game Master as you fight, loot, and laugh your way to space!

Turn-based Combat:
Pick your players, races, and classes, while unlocking new content with your blood, sweat, luck, and dice rolls!

Customization: Will your party include a Slayer Simian Savage or a Thinker Green Medtech? Customize everything from battle encounters to the Game Master’s table!