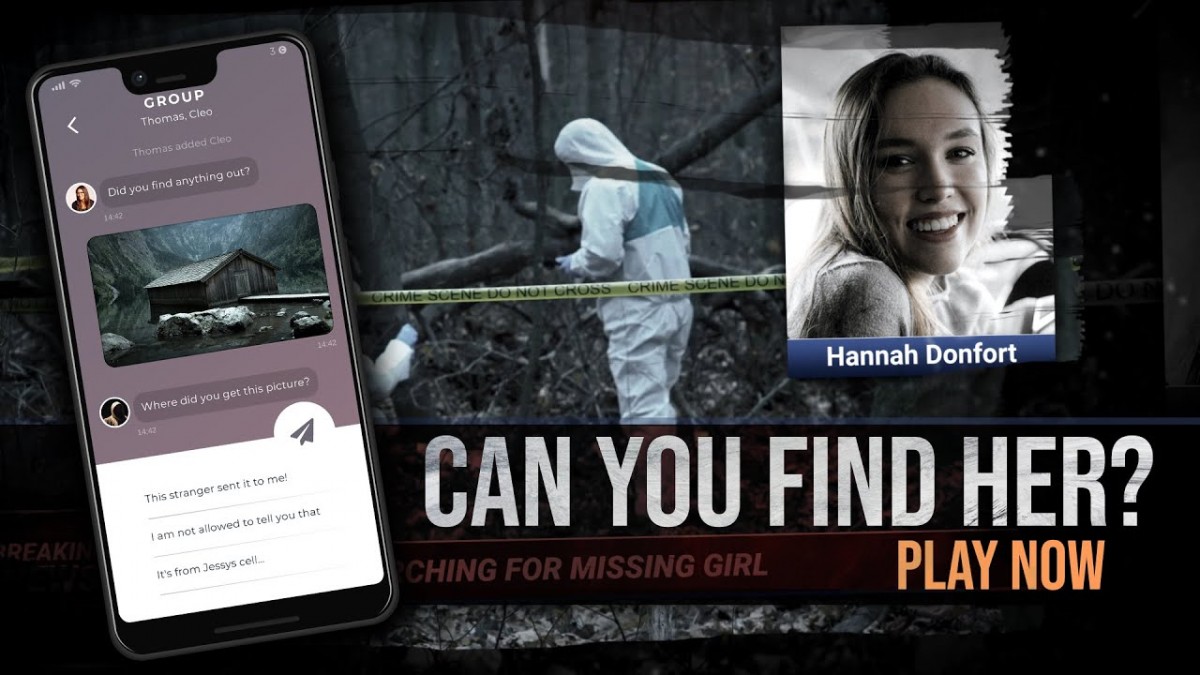 Duskwood is a modern detective game in which the player is trying to crack a mysterious kidnapping case. With the help of a messenger and other multimedia content, such as voice messages, pictures and video chats, the player is on a quest to find the kidnapper. As a result, he becomes a target himself.

STORY Duskwood is a small, quaint village surrounded by a dense forest. Strangers rarely get lost in this remote area and when they do, they always describe the place as weird or even scary. The locals of Duskwood have never been worried about this. However, in the last 72 hours, many things have changed and even among the villagers concerns are growing: A girl has disappeared and the mysterious legends that are surrounding the ancient forest seem to come alive…

There is no trace of the kidnapped girl Hannah Donford. At least not until her friends receive a message from her phone. This message only contains a phone number… your phone number! This strange circumstance brings the group new hope, but what does that mean for you?… Will you respond?

GAMEPLAY The game is played in a WhatsApp-style messenger. The player does not play another person, but becomes part of the story as himself. Hints on Hannah’s whereabouts can be found hidden all through the game but the main focus is on the dialog with the other characters. They are embodied by actors and have an authentic life of their own. For example, they update their statuses, pursue hobbies and share news via video calls. Additionally, the player has the opportunity to unlock further hints and story segments by performing spy missions (such as hacking into cloud storage or listening in on private conversations). The plot is perfectly balanced between mystery and classic thriller, which offers players an exciting and immersive detective experience.

Duskwood is being released in episodes and is currently available in English and German. Other languages are planned.