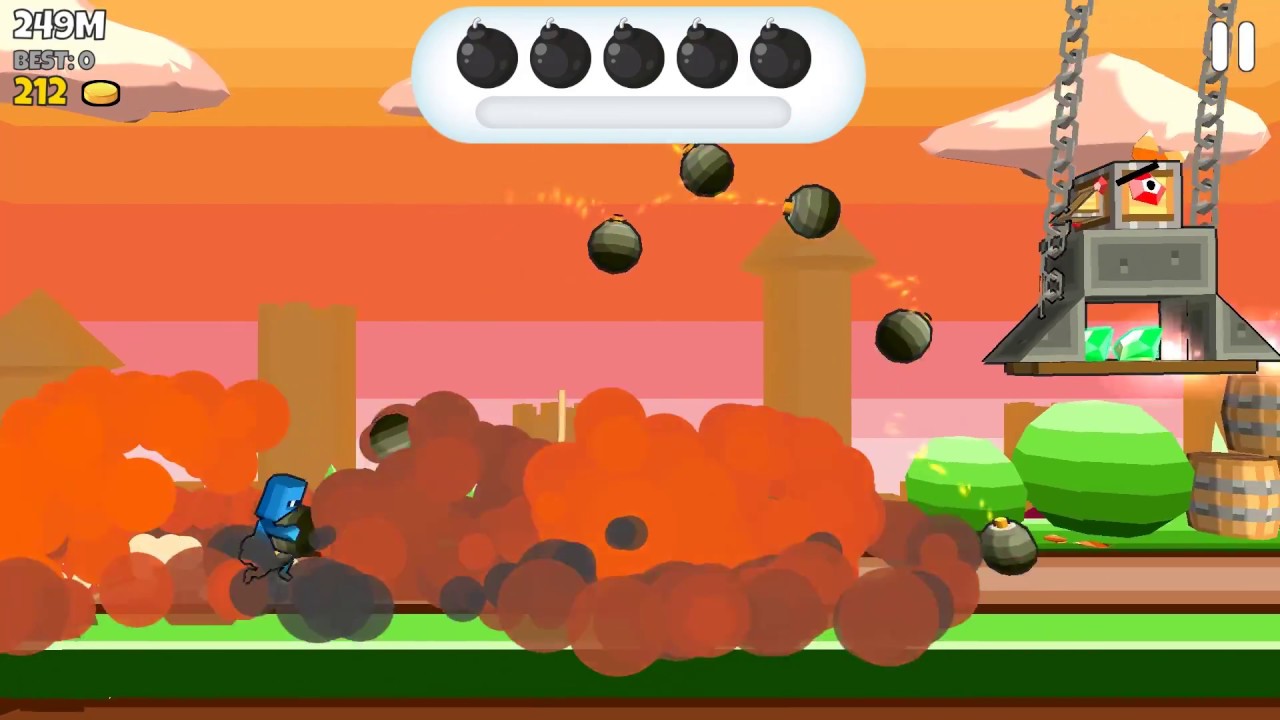 Here ye, here ye! Indie game developer Parta Games is proud to announce their next game! As a new take on the traditional runner genre ‘Dyna Knight’ is an action-packed game that puts you in the shoes of a brave medieval knight hurling bombs everywhere to destroy his “enemies”. This is a first state-of-the-art physics-based 3D mobile game from Parta Games, the makers of ‘Choppa’.

Bomb Quijote – a courageous medieval knight – has a secret skill: he can make powerful bombs to destroy his enemies! Unfortunately for him he happens to see enemies everywhere… Running headfirst towards danger he blasts, jumps, collapses and destroys his path through hordes of random obstacles that in his mind are his sworn enemies. You must help him succeed using awesome powerups and of course – running as far as you can go! You can also collect shiny treasures and unlock bomb upgrades and lots of cool new skins.