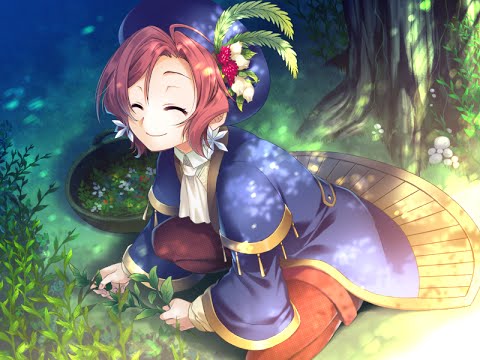 Fruitbat Factory is proud to announce that the atmospheric fantasy visual novel ENIGMA: is now available on Steam and other distributors! Originally developed by Uzumeya, ENIGMA: tells the story of a disease-stricken young man stranded on a mysterious island, and the people he meets there. The beautiful illustrations of the game are created by artist 490.

Synopsis
The world is afflicted with a mysterious disease known as the “Enigma.”
Chester, infected with this disease, finds himself washed onto a lonely island, Carlyle.

As he is being given a tour of the island by the girl who nursed him back to health, Chester finds himself feeling that something is off. There are no doctors from the mainland. Not only is there no information of the outside world, but the inhabitants seem entirely oblivious of the worldwide epidemic.
–It’s as if this place has been completely removed from the rest of the world.

After a while, Chester finds a conspicuous white forest in the middle of a green expanse.

“That forest devours people. That’s what I believe.”

The forest’s name is Enigma.
The same as the disease consuming his body.

Game Features:
Unravel the mysteries of a fantasy world
Multiple Endings
Beautiful original soundtrack
As special bonus, all owners of the game receive free a Mini Soundtrack which includes the opening and ending songs of the game.