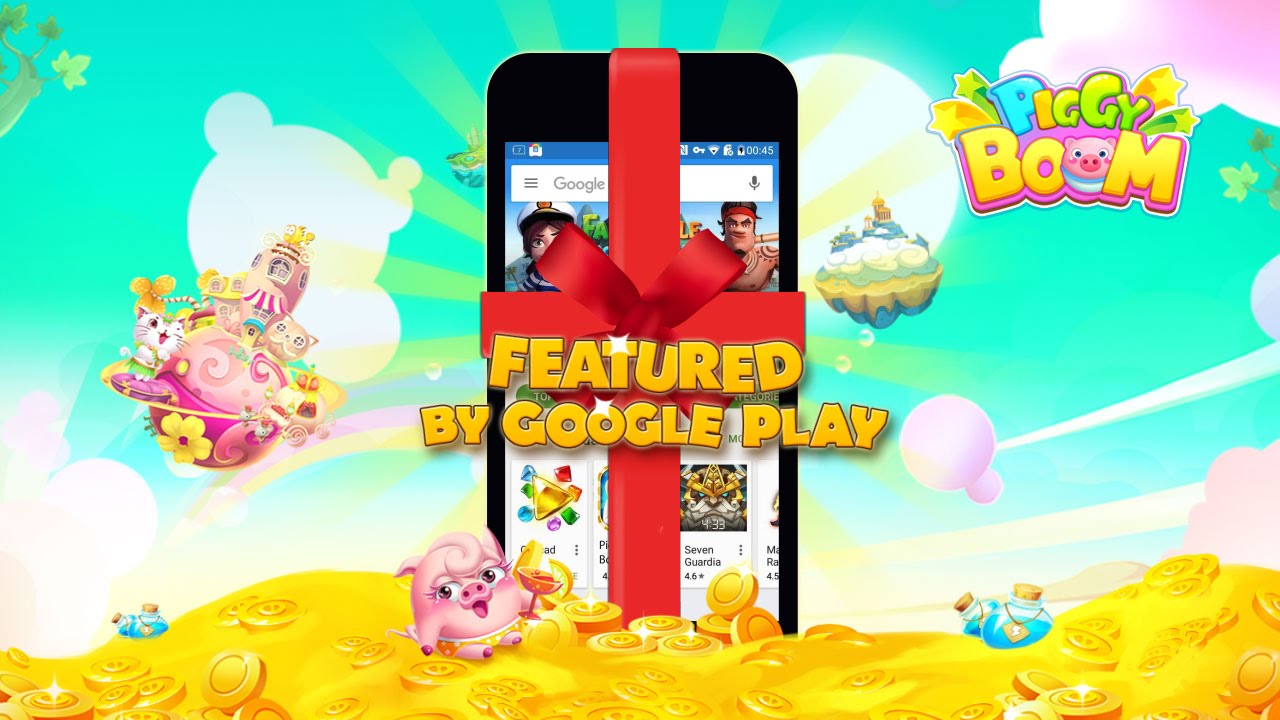 In Piggy Boom players will tingle with anticipation as they spin their way to riches and create amazing islands for a host of pets and iconic trophies. This wheel of fortune casual mobile and social game will appeal to both male and female players of all ages. It’s now available on iOS and Android, free to play but also offers in app purchases. Piggy Boom is currently being featured on Google Play globally as a highlighted app.

Piggy Boom is published by RAFOTECH, whose other popular titles include Casual Warrior and Cutie Riot/Cutie Clash, all of which are currently available on iOS and Android. The RAFOTECH team are all former Elex Tech employees, the global goliath publisher which produces Clash of Kings and Clash of Queens.

The game links directly to social media, players can play with friends while competing on global and local leaderboards, and even team up to attack opponents together. Facebook integration also allows players to put out ‘warrants’ on their friends and opponents.

In game purchases let players buy: in game currency, extra spins and special prizes that are active for a set number of days. Those returning to play frequently are rewarded with additional spins and prizes. Logging in often, players can play mini games where they will win additional ingame prizes. Inviting friends and showing off on Facebook also gains in game rewards.

Piggy Boom is a casual social title for mobile where players spin a wheel of fortune win ingame prizes such as: gold, attacks, steals, shields and additional spins. Players then use ingame gold to develop islands where they can upgrade trophies and landscapes. As they upgrade their islands they progress through the game and up the leaderboards.

Landing on different areas of the wheel also opens up other aspects of the game. Some prizes mean players can attack other players and steal their riches, while others protect islands with shields.

There are many other features to the game, players can employ piggy characters to mine islands for gold, which ensure guaranteed riches are added to their haul each day and securely kept for collection. Players can also acquire a pet which protects their island, though its health and energy must be topped up to remain effective.

Yin Long, Project Director, RAFOTECH: ‘Piggy Boom brings in a new era of mobile gaming. It’s been created specifically for the casual player, it’s innovative and accessible. There’s lots to enjoy in Piggy Boom including constant rewards and advancement. It’s also a title for people interested in a social experience with their gaming, Piggy Boom is all about letting people play and have fun together.’