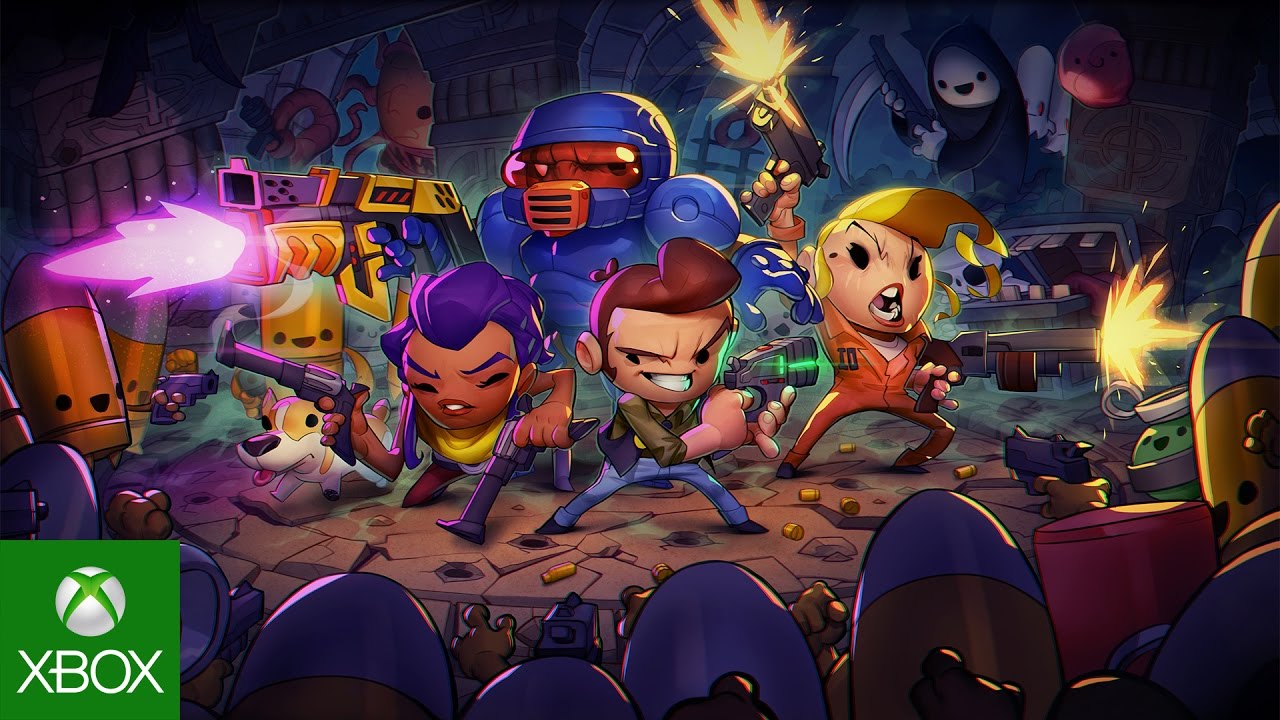 Independent developer Dodge Roll Games and co-dependent publisher Devolver Digital have released Enter the Gungeon on Xbox One and the Windows 10 Store! The gunfight dungeon crawler is part of the Xbox Play Anywhere initiative and supports both cross-buy and cross-save features between Xbox One and Windows 10.

Enter the Gungeon is a gunfighting dungeon crawler following a band of misfits seeking to shoot, loot, dodge roll and table-flip their way to personal absolution by reaching the legendary Gungeon’s ultimate treasure: the gun that can kill the past. Launching last year to critical acclaim and commercial success, Enter the Gungeon has gone on to sell more than 850,000 copies.

“With the unchecked proliferation of firearms in the world we wanted to do our part and release Enter the Gungeon on both Xbox One and the Windows 10 store,” said Devolver Digital CFO Fork Parker. “Kids love guns and who are we to deny them the simple pleasures in life.”