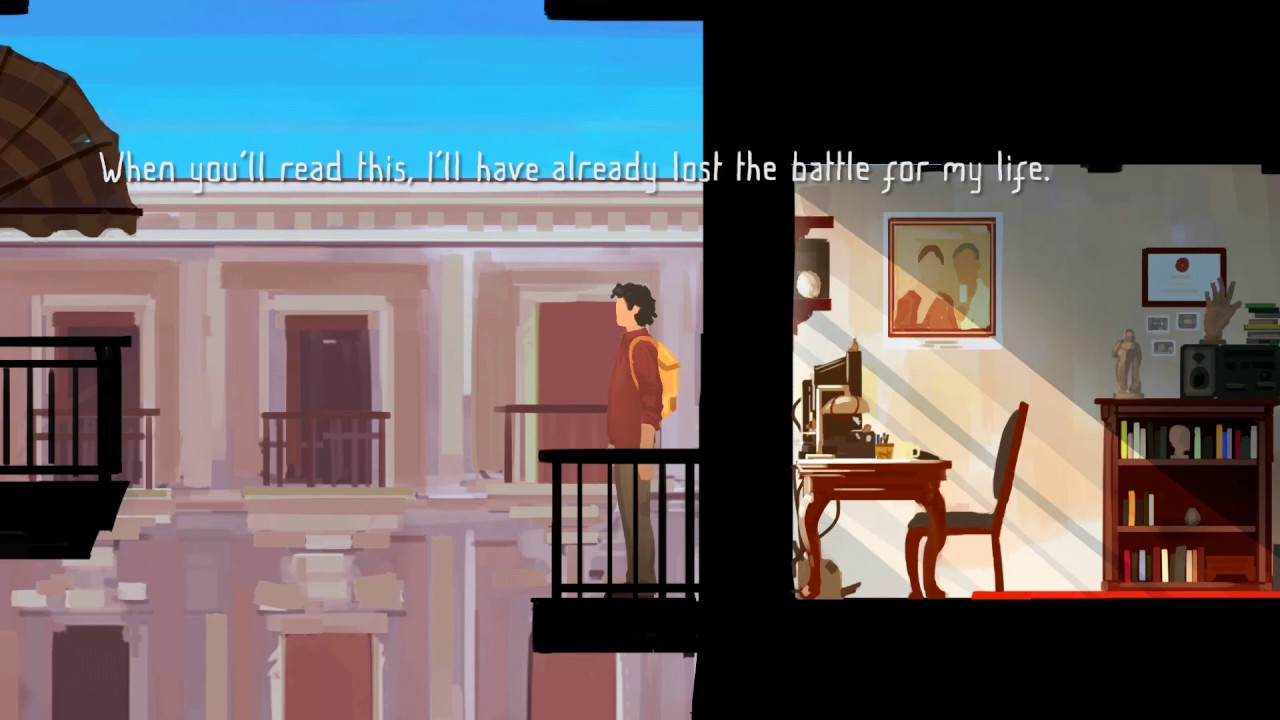 The Archeological Museum of Naples, among the most visited in the world, and full of exclusive collections such as those of Pompeii and Herculaneum, as well as the Farnese and the wonderful Egyptian collection, is proud to announce the development of “Father and Son”, ready to be released for free during the Q1 2017 on iOS and Google Play with other platforms under evaluation.
Father and Son is the first game fully produced and distributed by a worldwide national museum.
Father and Son is a 2D side scrolling narrative game that explores the feelings of love, dreams, fear and the passing of time through the story of an archaeologist and the son he never knew. Throughout the game, the main character crosses the lives of people from different historical eras: Ancient Rome, Egypt and Bourbon Naples. What begins as a personal experience, becomes a universal and timeless story where the present and the past are a set of meaningful choices.
“This game means we can achieve one of the museum’s new Strategic Plan objectives activating a new connection with the public. From anywhere around the world, you can interact with our Institute and the city of Naples. We want to be perceived in the world as an innovative hub, a place where the cultural vision is pursued without barriers”, says museum’s director Paolo Giulierini

Ludovico Solima, associate professor of Management of Cultural Organizations, Second University of Naples “With ‘Father and Son’ the museum aims to reach and engage new worldwide audiences in an unexplored way.  We’ll evaluate carefully the qualitative and quantitative results of this first time approach to the gaming”.

The game
In this wonderful game, narration and story are the two main protagonists. Players will assume the role of Michael: after receiving a letter from his archaeologist father he never knew, the protagonist goes to MANN to find out more. From here a journey through the ages begins, from ancient Rome to Egypt, passing through the Bourbon age and coming up to the Naples of today. The player will thus be able to explore the streets of Naples, along the halls of the museum and interact with the stories through the ages.

“Video games help us shift from the traditional storytelling to storydoing, a new way for museums to connect audience to a story and create engagement”, says, Fabio Viola, game producer and founder of TuoMuseo.

The game has been developed by TuoMuseo, an innovative team in the intersection between heritage and videogames made up of a team with years of experience in the industry: Fabio Viola (Electronic Arts Mobile, Vivendi Games Mobile,), Sean Wenham (Ubisoft, Sony), Alessandro Salvati (author of ADON Project and Anxiety Attacks), Arkadiusz Reikowski (composer of music Kholat and Layers of Fear).

In Father and Son, each player’s choice will affect the story and lead to different endings. Michael will interact with different characters and will have to make important decisions that can influence the entire narrative. The aim is to fill in gaps not only about his father’s life, but also the characters he meets along the way. And only at the end, will Michael be able to rediscover himself, thanks to meetings with characters from the past and present.

Main features:
First videogame in the world produced by an archaeological museum
Become part of a journey through different historical eras
2D graphics with handmade drawings
The player’s choices change the ending
Original soundtrack, which immerses the player in the game emotions