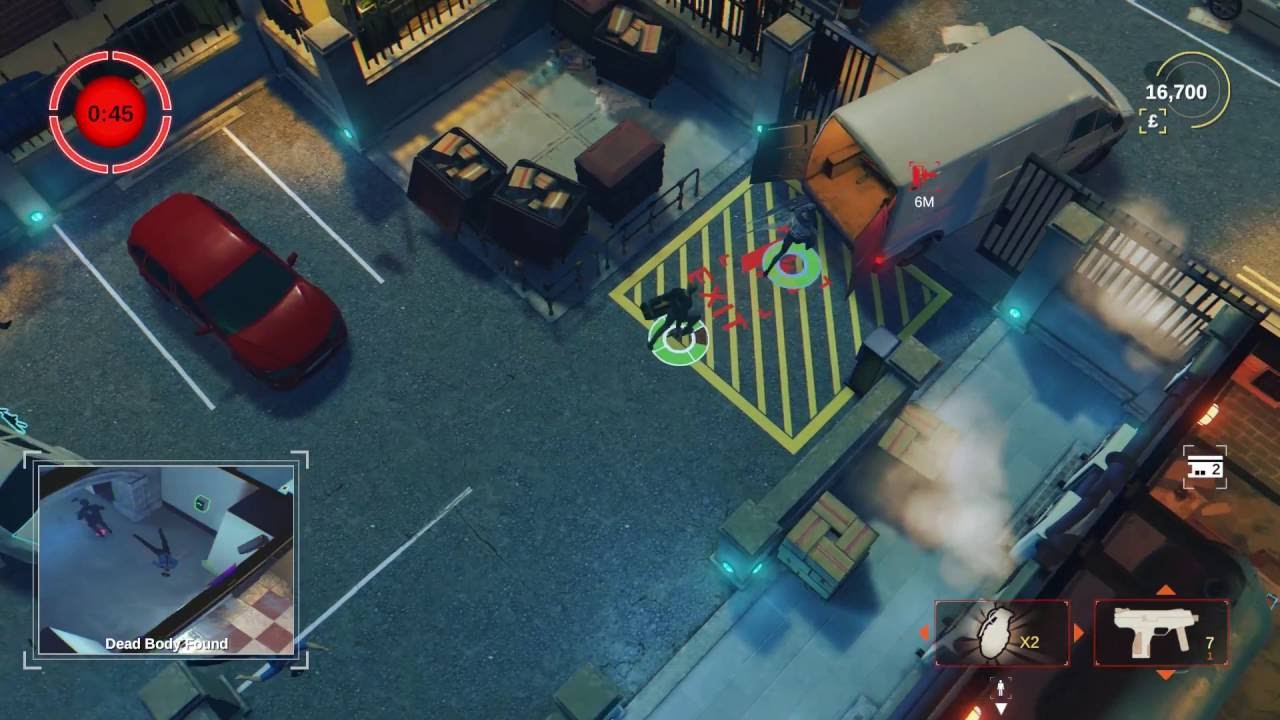 Fabrik is thrilled to announce the launch of Filthy Lucre. The PS4 version is available right now on the PlayStation Store in Europe and will be available on the US PlayStation store soon.

The time has come for you to tool up and get down to business, so let’s talk about what Filthy Lucre has to offer.

“The vision was to build a great heist game with a British style and swagger. We wanted to bring something new to the genre—something that created emergent moments and crazy player stories” says Graeme Ankers, Fabrik CEO

Filthy Lucre is a tactical stealth action game you can play in single player and co-op, both split screen and online.

Fabrik spent months prototyping the mechanics, trying to crack the code on the perfect balance of stealth and action.

” A key pillar of our game was choice; making sure the player has options at all times. Another pillar was consequence; for every action there is a reaction. The combination of choice and consequence means the game really does play out differently every time” says Si Donbavand, Fabrik Development Director.

“We wanted to make sure you can have fun playing together at the same time, experiencing a mix of stealth and action, all while you are feeling the heat of your past catching up with you” says James Lacey, Fabrik Designer

You can play Filthy Lucre’s missions in a variety of ways. One option is to stay low, in cover and silent with a belt-full of throwing knives.

Then there is the more direct approach. If you’ve the guts and the grit you can go in and cause a right fuss. You’ll also find additional ammo and different weapons from guards you have taken out.

“Consequence means: YOUR PAST WILL CATCH UP WITH YOU. The Heat level never drops in Filthy Lucre; it only ever ticks up towards boiling point. So if you cause a ruckus expect a response as the game reacts and escalates to your actions” says Kieran D’Archambaud, Fabrik Technical Director

There is nothing to be ashamed of in running away from your past. You can head to the exit any time, in any mission, taking your hard earned cash and pride with you back to base to upgrade your load out. Just don’t forget to take the tail tucked between your legs, either.

Enemies won’t just stand and fight, when they get a chance they’ll often head to the nearest alarm panel and summon reinforcements. For the forward-thinking, it’s often worth the risk to find the alarm room and disable the master control panel before you bring the pain.

If someone takes you down, you will be interrogated in Co Op or Multiplayer. The heat meter escalates during this grilling which brings more reinforcements into the world. Will your partner in crime come to your rescue or head for the exit with the loot?

Work together to accomplish greatness! Equip items like the noise maker that can pull guards off their patrol routes to give you an opportunity for a silent takedown. Working with a mate, a well-timed diversion can allow you to sneak up on your enemy and take them down leaving your friend free to grab the loot. No shots fired, no one heard a thing!

Don’t forget, you can often get out of tight situations with a timely grenade you’ve just thrown over your shoulder into the path of some poor schmuck coming to investigate. Just don’t get too cocky!

“We hope you enjoy playing Filthy Lucre as much as we enjoyed making it. Now you will get to take on 15 missions across 5 locations, unlocking 30+ upgradable weapons and gadgets as you play through. All missions are available in single player, local co – op and online. Head over to the PlayStation Store now and get your exclusive launch discount” says Graeme Ankers, Fabrik CEO