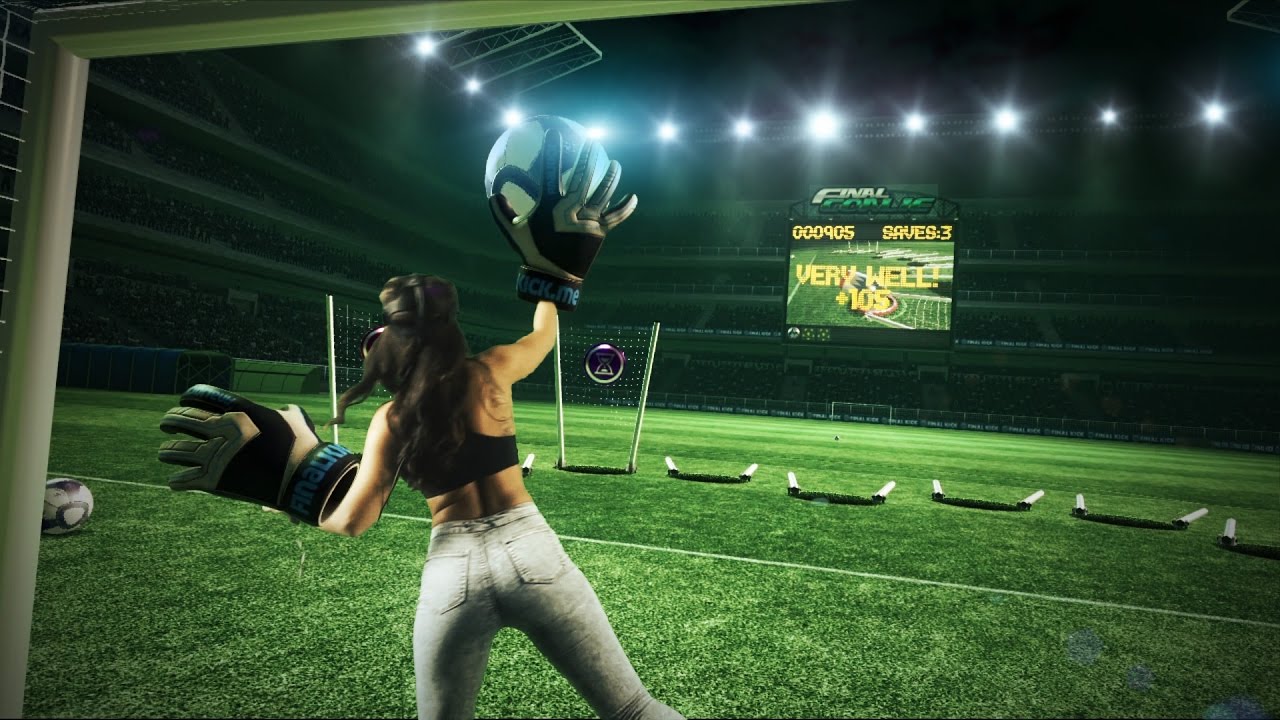 Produced in a collaboration between indie game developers Ivanovich Games and Dark Curry, Final Goalie: Football Simulator just released onto STEAM™ is a unique goalkeeper simulation experience designed exclusively for the HTC-VIVE offering the best of VR soccer from the comfort of your home.  Ivanovich Games is the same developer who previously released the massively popular Final Kick mobile game on iOS® and Android™ – an instant hit with more than 20 million players since its release.

Final Goalie is an impressively realistic simulator capturing the movements of professional soccer players. Designed for footie-enthusiasts by specialists in the genre, the game offers 3 distinct modes of play; in Simulator Mode your task is to go against the best teams in the world across 150 challenging levels. Arcade Mode is super-fun footie madness! Catch and throw balls to trigger diverse and spectacular power-ups, such as slow-motion replay, giant gloves and a lot more. Opt for quick-play action or play the extensive levels also available in the simulation. Multiplayer HTC-VIVE vs. Mobile mode is a phenomenal gameplay experience in which you compete against your friends in the novel and fun online mode, where penalty kicks can be done from your smartphone by downloading Final Kick on iOS® or Android™. This mode of play offers hilarious interaction where your friends will experience watching your real-time movements using their handheld device.

Final Goalie is a brilliant VR game suitable to players of all ages and experience levels. If you are lucky enough to run your own Social Media YouTube™ or Twitch™ channel, you can challenge your viewers to a competition using their smart phones and offer rewards and prizes to the best of players. A must-have download in your soccer collection today.