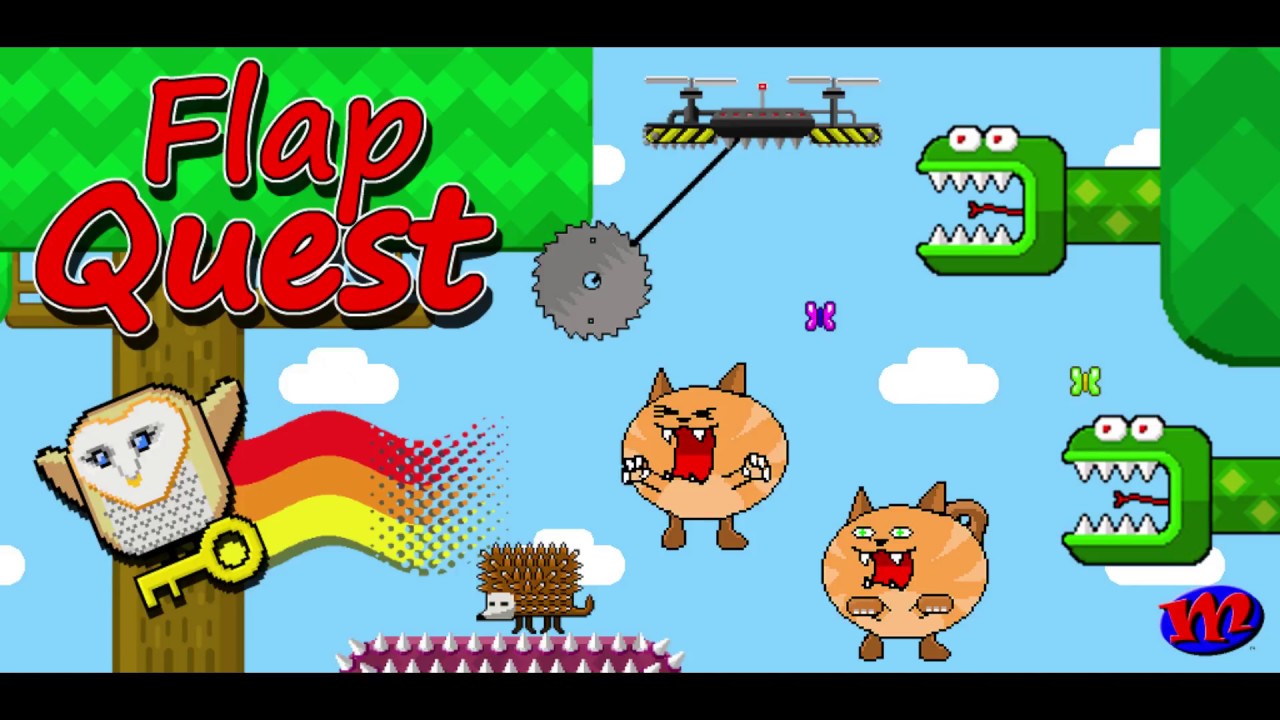 Mighty Studios, LLC announced that the game “Flap Quest” is now available for free in the Google Play store for Android phones and tablets.

In Flap Quest, Mighty Studios takes the popular wing-flapping mechanic to new heights. Players must try to navigate their bird up, down, left and right through a series of randomly presented forest mazes filled with thorns, cats, drones and saw blades. Points can be collected by eating small insects and animals along the way.

A leader board lets players monitor their progress and many achievements wait to be unlocked by skilled players. In addition, several adorable birds are hiding in the forest for players to find. Once located, these birds become available for use within the game. Will you be the one to survive the dangerous forest and collect them all?

This game contains no in-app purchases and all game play is family-friendly, making Flap Quest a safe game for all ages to enjoy.

Flap Quest is the second release from Mighty Studios, LLC. An independent game studio located in the Seattle area. It follows their previous release, Skyling: Garden Defense, which is also available on Google Play and other platforms. Both games represents Mighty Studios’ desire to bring classic arcade fun to modern devices in new and innovative ways.

Flap Quest can be found in the Google Play store.