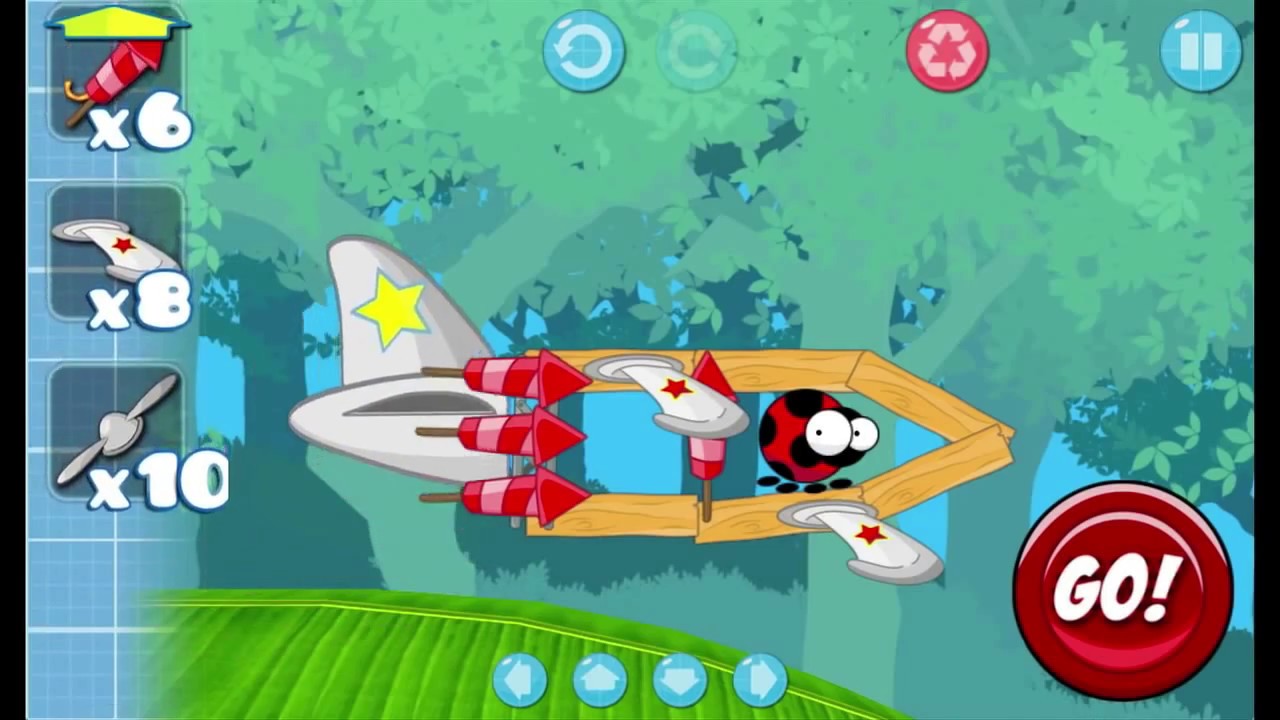 One of the most successful games to come out of the Ludum Dare competition is finally arriving on Android and iOS devices. After the initial BlackBerry 10 exclusive release, the huge acceptance on the platform and finally the voting of the game as the game of the year 2012, now it’s time for almost all mobile players to play the game.

Free to download, “FlyCraft” challenges players to design and pilot crazy flying contraptions, and carry Herbie through the forest and skies. Herbie is the coolest male ladybug in the forest, and flies on turbine and rocket powered vehicles, because flying on your own wings is just too lame. This skill based game will keep the player engaged with its design-testflught endless gameplay loop.

“It feels great to finally allow iOS and Android users to get a taste of the BlackBerry game of the year” said Harry Kalogirou of NLOGN.

•Spend countless happy moments testing every gadget.
•Tune every angle of your machine to create the best possible flight.
•Unlock special thrust-items like the soda can, the propeller and the mighty rocket to unleash extra power through your flight time.
•Features 10 unlockable gadgets (more to come soon) to use on your creations.
•Extra free bonus gadgets are earned the more you play and the more distance you cover.
•Leaderboards and achievements to compete with your friends

“FlyCraft” will be available for iOS, Android and BlackBerry on the day of release.