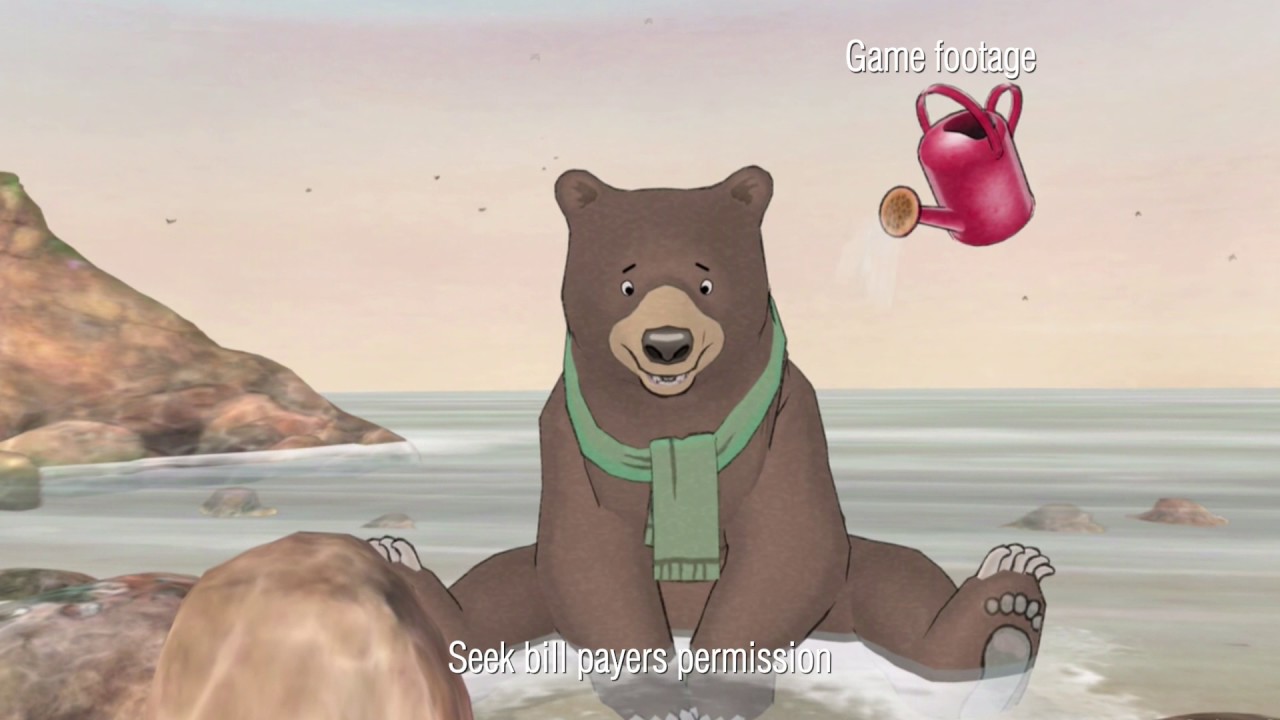 All 4 Games, Walker Productions and Lupus Films have partnered to launch a new children’s app based on the film adaptation of award-winning picture book ‘We’re Going on a Bear Hunt’, written by Michael Rosen and illustrated by Helen Oxenbury, that was first published by Walker Books in 1989.

We’re Going on a Bear Hunt is an interactive gaming app that places children within the story; inviting them to swish through the grass, splosh through the river and tiptoe into the cave. There are lots of activities to keep them occupied including bug hunting in the long wavy grass, searching for crabs at the beach and even playing with the friendly bear himself. Not to mention the run home through all key scenes featured in the book, while the bear follows behind.

Lupus Films have created an animated film of the beloved picture book, which will premiere on Christmas Eve at 7:30pm on Channel 4. But until then, children can interact with the story in the new gaming app, which is available to download from the Apple, Android and Amazon app stores now for £2.99.

Julia Posen, EVP and Commercial Director, Group Rights and Development Division at Walker Books, stated “The app is a fun way for fans to join in with the Bear Hunt adventure, and the beautiful graphics and high quality games capture the spirit of the film and the original picture book brilliantly.”

Ruth Fielding, Producer at Lupus Films, commented “…It’s great to be able to offer the Bear Hunt audience this immersive experience which complements the film perfectly.”

Colin Macdonald, Head of All 4 Games, added “Creating a game based on a children’s book that has captured the hearts of so many for over 25 years has been really rewarding. There are so many different games for kids to play and it’s great to be able to share an interactive version of the story.”