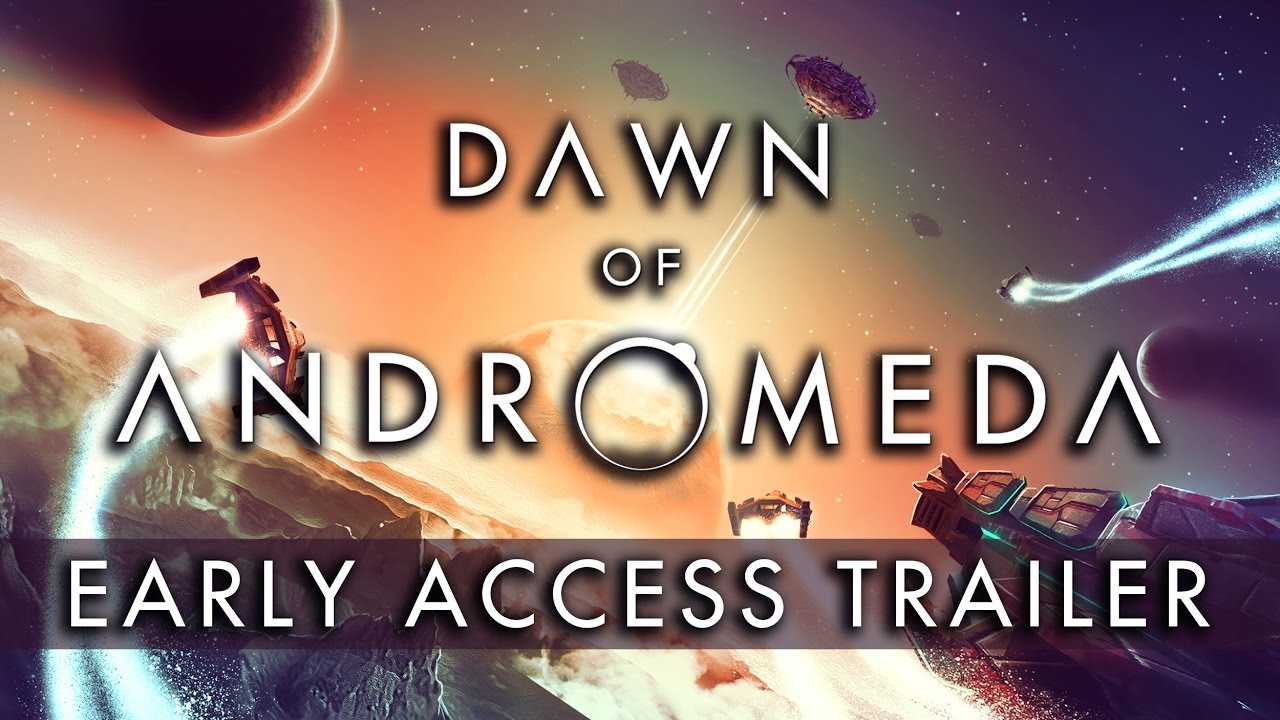 Pausable, real time 4x space strategy game Dawn of Andromeda (PC), is now available in Steam Early Access. Developer Greywolf Entertainment and publisher Iceberg Interactive invite fans of the 4x space RTS genre to lend a helping hand with their views and feedback in the coming months leading up to launch. During Early Access the development team will work on implementing new features, including the Eras feature, with unique scenarios and background stories. Moreover, the game will be tuned and improved with a strong focus on game configuration options, combat diplomacy and racial improvements.

Mike Domingues, lead developer at Greywolf Entertainment says: “We are delighted to finally have arrived at a point where we feel we are ready to show Dawn of Andromeda to the world. The journey isn’t over yet, and we are eagerly waiting for feedback from a wider audience to make sure we release the best game possible.”

Dawn of Andromeda is now available in Steam’s Early Access program at $24.99 with a 10% discount during the week of launch.

ABOUT DAWN OF ANDROMEDA
Andromeda has seen quieter days, and it’s up to you to take the reins of one of many civilizations, and guide it through the many hidden dangers in the galaxy. Dawn of Andromeda is a pausable, real-time space 4X game focused on providing a fun, immersive and accessible experience that allows you to truly play as an Emperor. Build your empire, colonize new planets, interact with other factions and characters, research new technologies and build fleets so powerful, your enemies will tremble.
Explore a galaxy filled with diverse factions, outlaws, merchants, pirate clans and mercenaries but also anomalies, black holes, ancient artefacts, ruins and much more. Arriving in a new system may provide new opportunities, or open a new can of worms.
Are you up to the challenge?

FEATURES
Explore, expand, exploit and exterminate in this real-time space strategy game, featuring real-time combat in a dynamic and ever-evolving galaxy.
New factions and characters can join the fray mid-game; artefacts, ruins, anomalies and a huge variety of fascinating elements are scattered throughout the galaxy and can yield new research opportunities. Various characters such as outlaws, merchants, travelers and others roam the galaxy.
Asymmetric gameplay. Not all races discover space travel at the same time, some may have yet to discover it, some may have already built a mighty empire, and some races may be naturally stronger than others. However if you’d rather prefer a traditional 4X experience and start an entirely symmetric game, it’s up to you.
Pre-designed, customizable and randomly generated races, each with their own unique backgrounds and traits.
Accessible gameplay, featuring a highly-intuitive User Interface.
Eras; unique scenarios, each with a pre-designed galaxy and background stories which you can play as one of the existing factions, each with their own victory conditions, traits, challenges and ongoing conflicts and relationships. (Not Available at the start of Early Access)
Research incredible technology, from weapons so powerful they can destroy an entire planet, to Dyson Spheres
Explore ruins, anomalies and much more. You may even find artefacts you can study, projects you can start and come across interesting events and quests you can take on.
In-depth diplomacy system. Make allies and enemies, but beware, each action you take can change how the rest of the galaxy will view you. Destroying an entire planet, or just praising or denouncing another race, can have a deep impact on the balance of the entire galaxy.
Reduce micromanagement by appointing governors to your colonies and council members to your empire, all of whom can be leveled up. Each come with their own unique traits, happiness and experience.
Multiple, customizable victory conditions, which can even be set to vary for each faction, changing how each faction operates and making for unpredictable friends and foes.