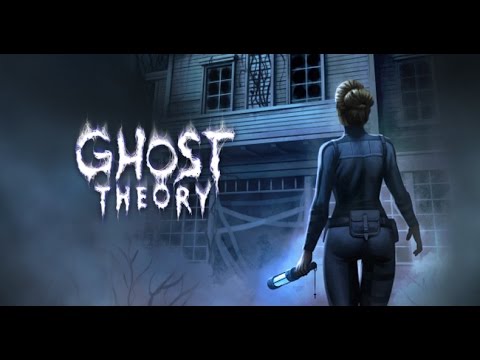 Dreadlocks Ltd, indie game development studio, author of the last year’s cyberpunk RPG Dex, re-launched a Kickstarter campaign for their brand new title Ghost Theory a few days ago. It is being developed for PC, Mac, Linux, PS4 and Xbox One.

Ghost Theory is a first-person adventure horror game, designed to be a serious take on ghost hunting and paranormal research.

In Ghost Theory, you will be equipped with authentic ghost hunting tools and you will travel around the world to investigate the real most haunted places on Earth.

Using stealth and your wits to survive you will collect data and evidence, allowing your team of scientists to upgrade your equipment and ultimately to solve the eternal mystery of the afterlife.

Ghost Theory have been already greenlit on Steam Greenlight. In just a few days it climbed up to be #3 out of 1945 games. The amount of positive feedback is astounding!

Game features
• Real-world locations and cases: We have secured the rights to use several real haunted places, as well as their associated history, such as 30 East Drive, Pontefract, home to the most violent poltergeist in Europe.
• RPG gameplay is a main stretch goal – Base Management: When you’re not on a mission, you’re at your base making choices of the course of the research and tool production. As you progress in the game you can expand the base of new premises.
• Engaging mission gameplay: Use your Clairvoyance gift to see ghosts and experience visions of past events. Use a variety of ghost hunting tools, such as a UV lamp to reveal hidden traces of ectoplasm, a pendulum to locate buried objects, a camera to record ghostly apparitions, and many more.
• Open-ended objectives: In non-linear levels, head straight for your target or explore hidden paths and uncover the mystery behind each haunting. Collect evidence in the form of recordings, samples, lesser specters, to fund your research and develop better equipment.
• Innovative visual presentation: Using actors filmed in stereoscopic 3D and seamlessly integrated into the game’s environments, the game offers unparalleled realism and horrifying shock moments.
• Advanced VR support: Owners of VR headsets will greatly benefit from the game’s design. The game is developed from the start with VR in mind and every aspect of the game is engineered towards providing the most immersive experience.