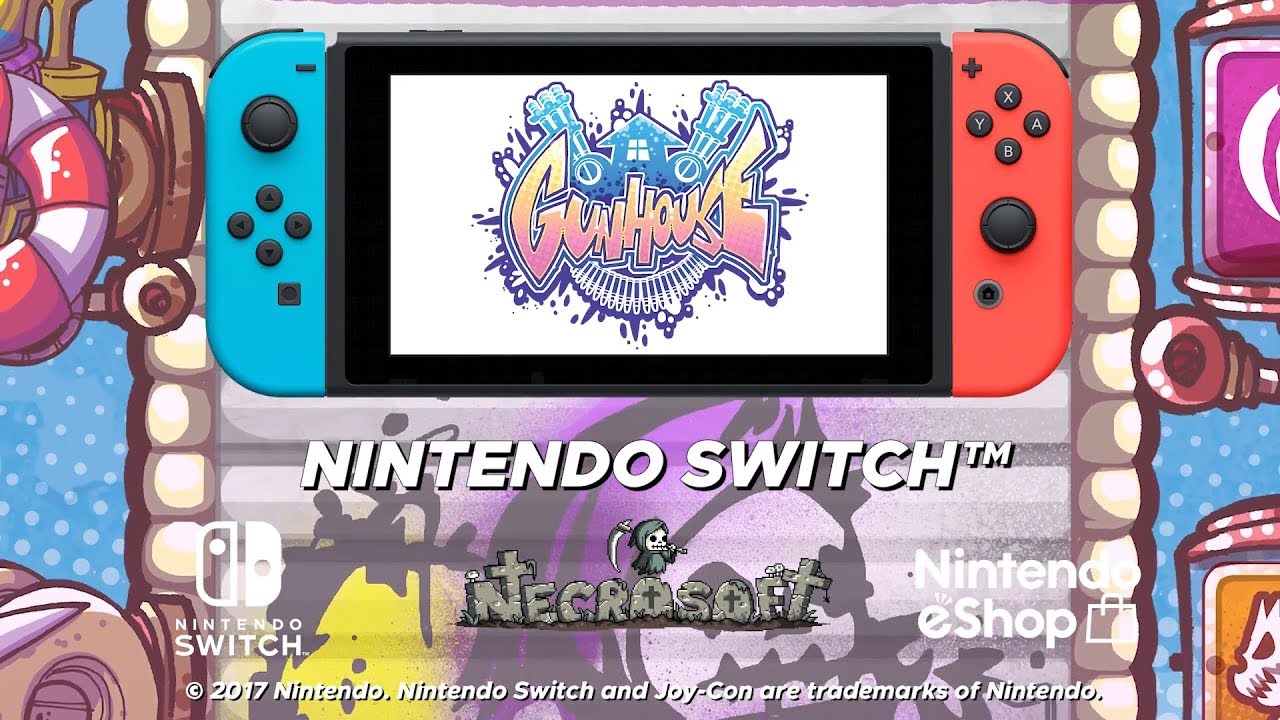 For lovers of puzzle and tower defense games, indie studio Necrosoft launched their weird hybrid hit Gunhouse on Nintendo Switch. The game is compatible with joycons, the pro controller, and the touch screen. You can even switch between them on the fly!

Gunhouse is part puzzle, part active tower defense, as you make big combos to launch a hail of bullets and special attacks at the alien invaders who would like nothing better than to consume your delicious orphan friends. The game contains infinite levels, upgradeable weapons, a hardcore more, a unique art style, music by Fez composer Disasterpeace, and code by Frog Fractions creator Jim Crawford.

“Since the death of PlayStation Mobile, we’ve been wanting to bring Gunhouse to new audiences, and add all the features we never could before,” says Brandon Sheffield, Creative Director at Necrosoft. “Switch is the perfect home for Gunhouse, and I guarantee you’ve never played a puzzle game quite like this one. Many poor souls have been lost to its addictiveness – some fans have been playing this game for 80 hours and counting! They’ll never be free!”

The original version of Gunhouse was first released on PlayStation Mobile in 2014 and since then has seen releases and upgrades for PlayStation Vita, iOS, Android, and Windows mobile (RIP). Compared to the original, the latest version contains more enemies, more stages, a hardcore mode, higher res graphics, more story, rotating objectives, and stats tracking (offline). The whole thing got rebalanced, as well!