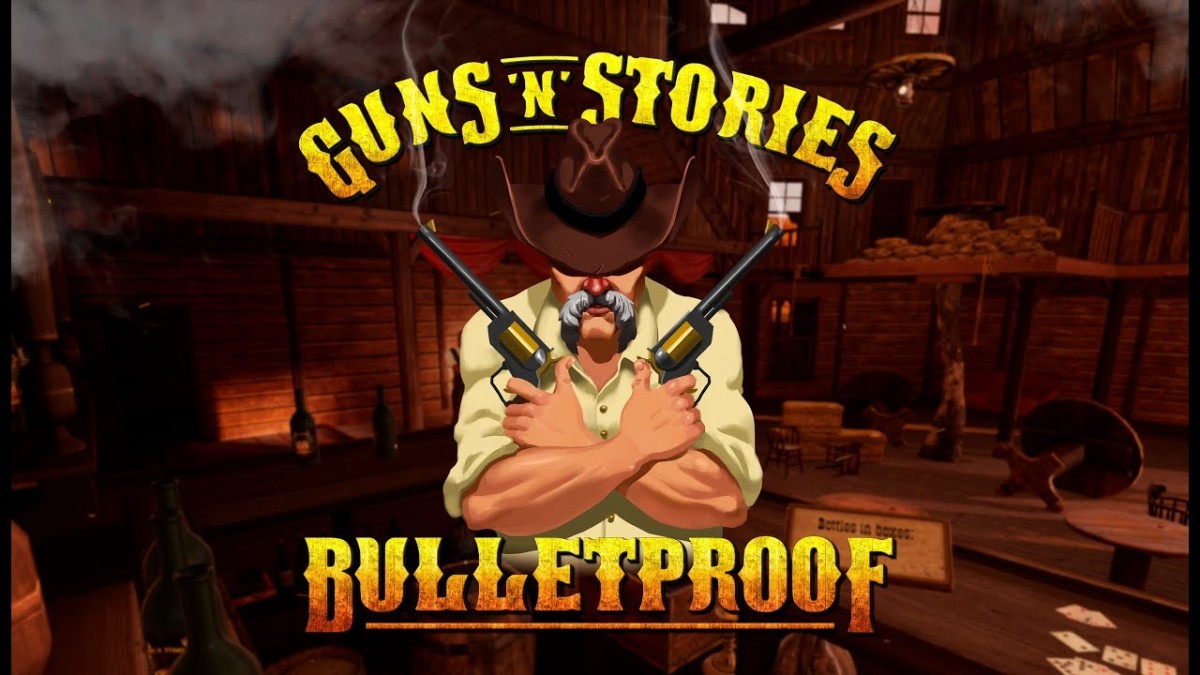 The independent studio MiroWin announced that its agile and cheerful VR western shooter Guns’n’Stories: Bulletproof has officially launched out of Steam Early Access and Oculus Early Access with jokes, shots and explosions!

The release version of the game is available on Steam and Oculus Stores.

Our cowboys comes from Hollywood, so they do not waste time for reloading weapons, can dodge bullets and easily deal with hordes fearsome, but invariably comical enemies.

You will not be languish with the boredom and monotony of traditional westerns, because we added to the game an impressive arsenal of firearms, throwing weapons, and even futuristic weapons.

Those of you who will not skip storyline will be able to see in the game more than the “regular wave shooter.” (Take advantage of this to take a breath after the heated shootings).
We are sure that you will appreciate the diversity of locations, the jokes of old Bill and the driving soundtrack of the western and blues rock.

Yes, with unaccustomed you can get tired legs, hands and especially your fingers, but  true immersion in another world must to respond to all our senses. Isn’t it?
“Mobilis in Mobili””
MiroWin Team.

Since the coming to the Early Access, game has grown up and greatly transformed. The graphics and game mechanics was significantly improved. New features and game modes also was added.
The story campaign now consists of three chapters and takes place in nine different locations. Players will be able to fight with variety types of enemies and three Bosses, using twelve types of weapons.

And that’s not all!
The official release is marked by a big update, which is adding to the game six different trials – they will opened after the main storyline is completed.

In addition, players can enable/disable the indication of damage and blood.
And at last you can earn achievements, and your skill of passing each level will be appreciated by Sheriff stars!

Now you will know for sure how much damage you do when hit the armor, head or a body. Oh, yeah, – the same goes for the hats!

Now the childrens can play the game.

Everybody knows that the Sheriff Stars are never too much.
That is why we’ve decided to encourage the quick-fire shooters with not onlyscoring but also with sheriff stars. After each level!
The more points you gain the more stars you receive. (At the moment five stars were able to get only our lead programmer. Сheater!)

It’s no good to do without super-duper gaming achievements, whose memorable signs will decorate the honorable list of your trophies?
For instance, not everyone can lose in the first 30 seconds of the game! True?
You will have to play hard to collect them all!

We’ve decided to increase the damage from headshots, so that the most accurate shooters could sip their whiskey slowly, killing enemies from afar.