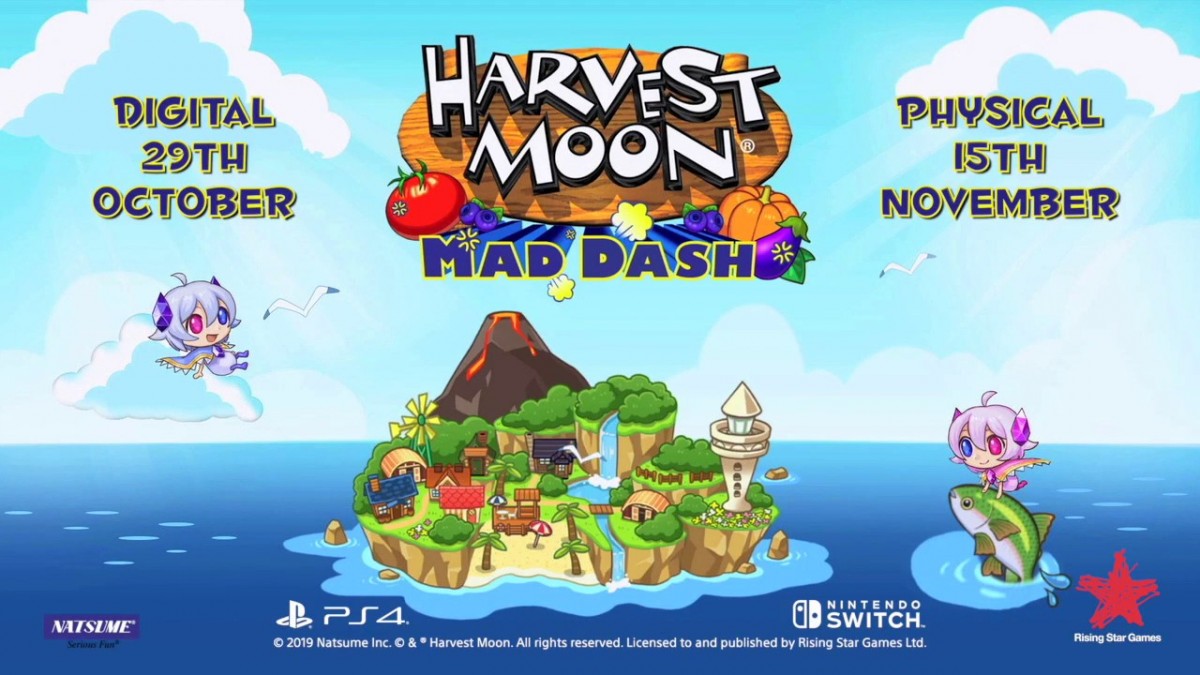 Rising Star Games and Koch Media announced that Harvest Moon: Mad Dash will be released digitally on Nintendo Switch™ and PlayStation®4 on October 29 – with a physical version following November 15.

Go solo or take a few friends along for the frenzy! Harvest, fish, milk, and more as you fulfil orders to complete each level! Things may start out easy, but you’ll hit the beach, the farm, and even the Underworld as you progress through the game! Have you ever tried to grow crops with molten lava falling on them?! That and other obstacles await you as you and your friends try to clear all the levels to restore the broken lighthouse!

The game first released in North America in 1997 and has continued to see a steady rise of popularity and players, making it one of today’s most beloved franchises. Harvest Moon is revered for being a non-violent, family-oriented game for everyone, and there have been more than 31 games released in the series.