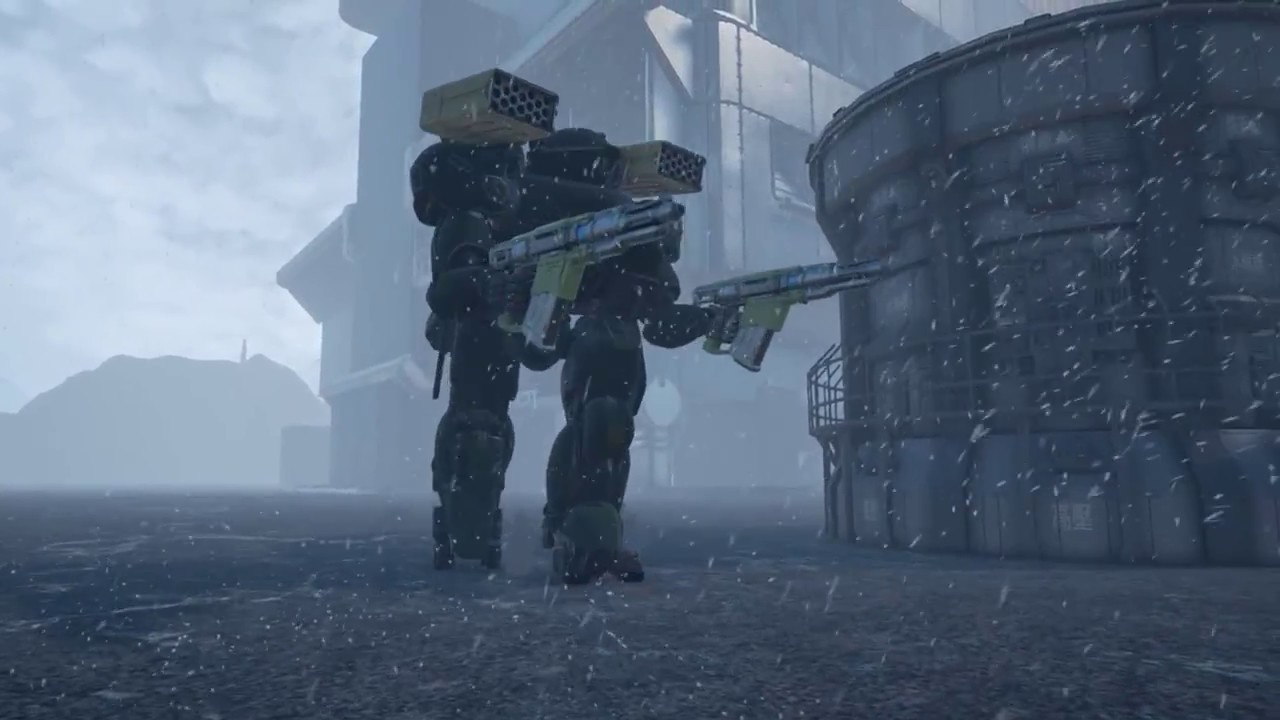 The first mech sim to be built in Unreal Engine 4, Heavy Gear ® Assault sets a new benchmark for the mech gaming scene, with a game made by and for true mech fans. The same fans behind the critically acclaimed MechWarrior4 MekPaks now bring the return of the cult mech franchise Heavy Gear, which began life as a tactical tabletop wargame and role-playing game in 1994, spawning an animated series and two video game incarnations, Heavy Gear (1997) and Heavy Gear II (1999).

The Steam release of Heavy Gear ® Assault is a video gaming David & Goliath tale for developer MekTek Studios and publisher Stompy Bot, who originally looked to Kickstarter to fund its ambitious project back in 2013. It cancelled the campaign when it became clear that it would not be a success, but remained undeterred, beating the odds and finding support from loyal game fans, angel investors, and capital markets.

Vince McMullin, CEO and Producer, Stompy Bot, said:
“Heavy Gear® Assault found great support through our communities who shared their love and passion for the Heavy Gear franchise. Stompy Bot’s independence has enabled us to deliver an outstanding game, which is still closer to the characteristics of the mech genre than anyone has offered before. However, we’re not resting on our laurels and will continue our relationship with the community during Early Access, as we want their feedback as we roll out new features.”

Joe Kreiner, Epic Games’ head of Unreal Engine licensing for the Americas, said:
“As one of the first mech sims built with Unreal Engine 4, it’s great to see Heavy Gear® Assault make its way into players’ hands. This shows how a small team can use our tools to get ahead, realize their vision and ship a fun game.”

About Heavy Gear Assault
Gears, Guts, Glory – Heavy Gear ® Assault puts your play style to the test in various Gear platforms including sniper, brawler, electronics, and recon. You are a pilot on the distant planet of Terra Nova, pushing the boundaries of your personal war machine, in an all-out corporate sponsored warfare, seeking fame and glory while destroying your opponent. Enjoy unparalleled customization, beautiful environments, innovative e-sports integration, and a dynamic combat system.

Heavy Gear ® Assault’s development will continue to follow a modular release strategy while in Early Access on Steam. Additional features and content will be released regularly throughout the first half of 2017.

Heavy Gear Assault Key Features:
• Dynamic Combat – Rip apart the arena with fully destructible Gears. Blow an opponent’s limb off and use their weapon against them.
• Fully Customizable Gears – Come check out the Gear Bay Module allowing you to select your favorite pilot and fully customize your arsenal, armor and paint.
• Made in Unreal Engine 4 – Battle for dominance in photo-realistically beautiful arenas. Enjoy performance that scales to high and low-spec PCs.
• Built For eSports – Compete in tournaments and organized matches for fame and fortune.
• Community Dedication – Host your own dedicated servers and collect stats for your own private tournament. Take the power in your hands and join or create your own Heavy Gear Assault team.