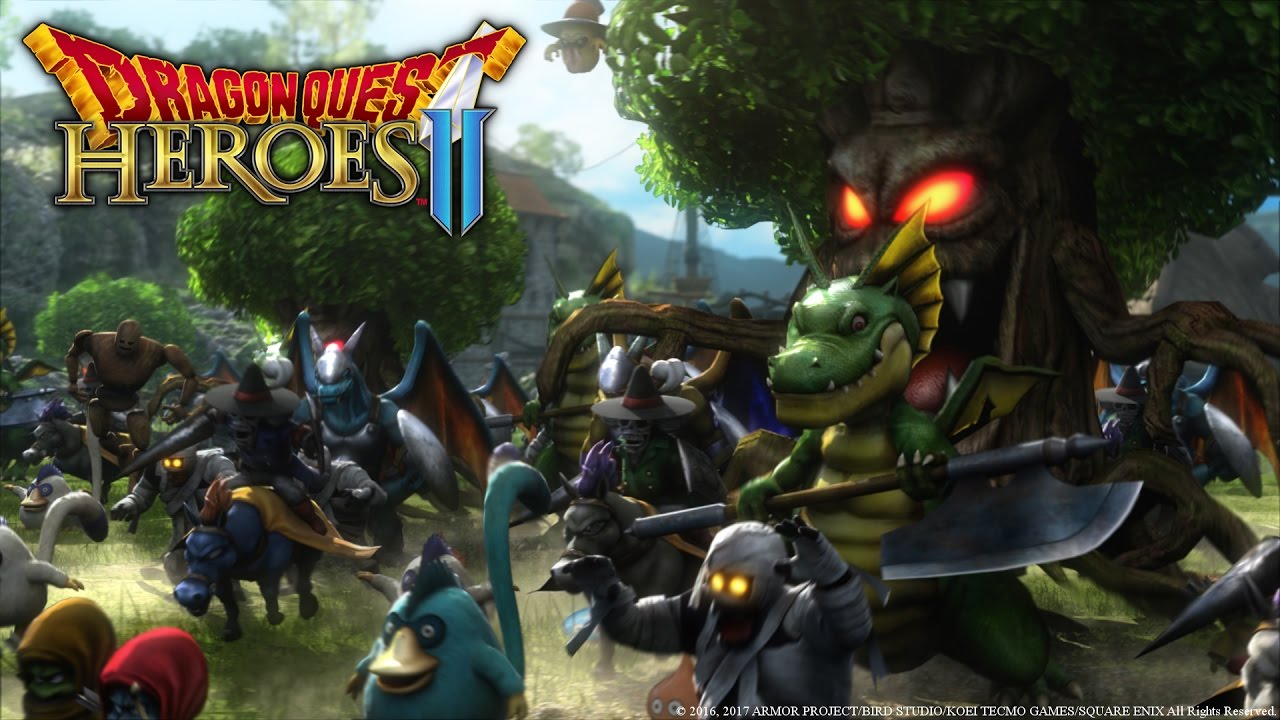 Set in an all-new world with new heroes and story, DRAGON QUEST HEROES II is an action-RPG that sends players on a grand adventure to restore order to a once peaceful world, with thrilling battles of epic proportions along the way. With the addition of multiplayer functionality, players can form a party of up to four online to conquer swarms of enemies and defeat gigantic monsters.

DRAGON QUEST HEROES II brings together a cast of numerous unique characters each with unique moves and abilities, including a host of familiar faces from the DRAGON QUEST® series and two brand-new heroes to choose from – cousins Lazarel and Teresa.

Story
Once upon a time, many years ago, there was a long and terrible war. When the war finally ended, the people of the world made a solemn pact never to fight again. The world was divided into seven realms and peace reigned for a thousand years.

One day, cousins and fellow knights-in-training Lazarel and Teresa reunite in the Kingdom of Harba, far from their Dunisian home. Little do they suspect that the Dunisian army is about to invade, with their old friend Prince Cesar at the helm.

The long-kept peace is broken and the world descends into chaos. With the aid of High King’s envoy the cousins must travel to Accordia for a meeting with the Supreme Sovereign of the Seven Realms to find a solution and bring back peace to the world!

This game is not yet rated. Please visit the Entertainment Software Rating Board (ESRB) website at www.esrb.org for more information about ratings.