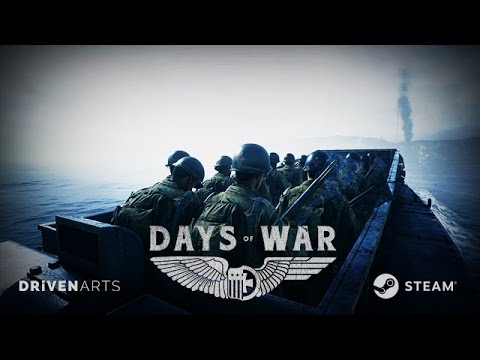 Driven Arts is announcing that Days of War will be coming to Steam Early Access in January, 2017.  Days of War is a fast paced online WW2 shooter with 32 player infantry combat in high fidelity environments.

Today Driven Arts is also announcing players will be able to storm Omaha beach come January.   Community members requested the map earlier in the year, with one stating “I dont see how they can NOT bring it over. Think about it, what was the FIRST true WW2 gaming experience all of us had many many many years ago? It was MoH landing at Omaha.” Being huge fans of Medal of Honor, Driven Arts was happy to oblige.

Players interested in supporting the continued development of the game can purchase Days of War on Steam Early Access this January at $24.99 (€24.99, £19.99) with 2 factions, 4 maps, and 32 player infantry combat.  Driven Arts will be adding more maps and the British and Russian factions during the Early Access period free of charge (no DLC). The full release version set to release later in 2017 will be priced at $39.99 (€39.99, £29.99).