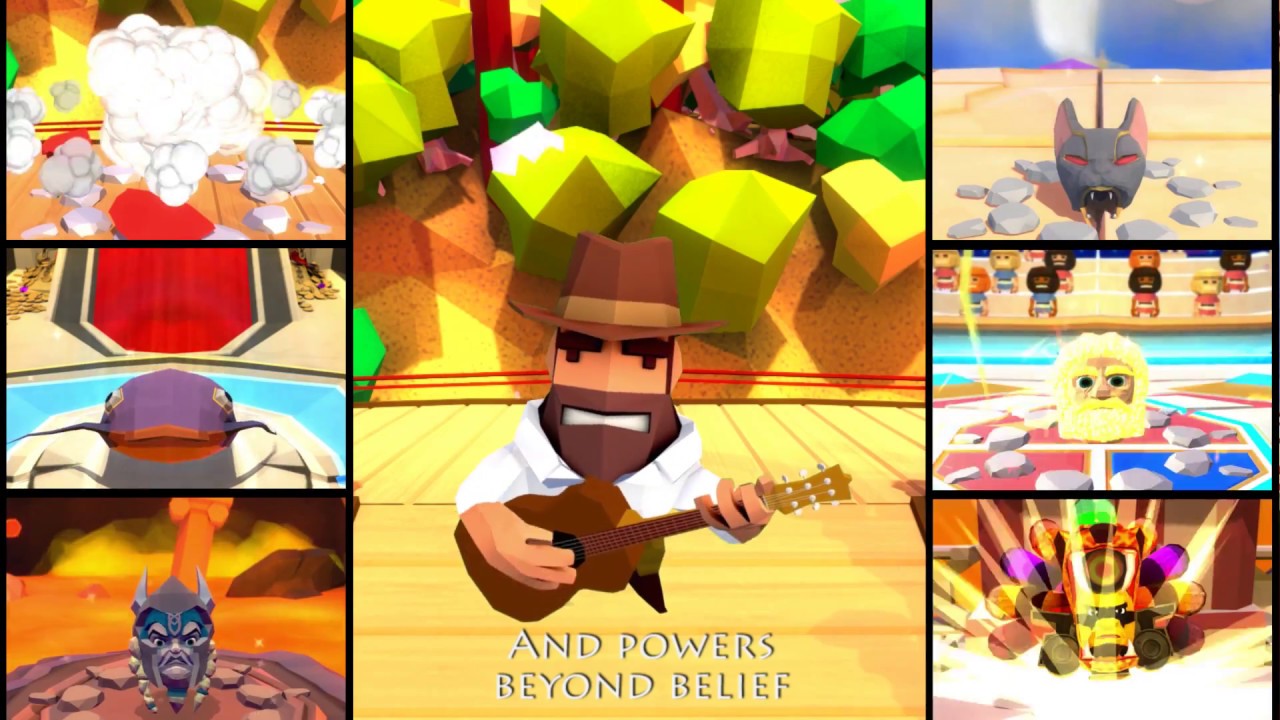 Square Enix Collective™, the platform that brings diverse and quality indie titles to market, is delighted to announce that hilarious and hectic couch multiplayer game Oh My Godheads™ launches for PC on Steam Early Access today.

Developed by Barcelona-based Titutitech™, Oh My Godheads™ features at its core the wonderful ‘capture-the-head’ game mechanic. Capture-the-head is like capture-the-flag, but the flag is an ancient head that’s alive, angry, and after you! Players fight with friends to capture these furious living heads and bring them back to their team’s plinth… if they can.

“Born from a love of classic couch multiplayer games from the 1990s, we wanted to recreate that fun, fast-paced multiplayer experience in Oh My Godheads whilst adding full 3D environments, more tactics, more depth, and more replayability”, said Federico Sauret, co-CEO of Titutitech. “Oh, did we mention it’s also got exploding pies?”

Oh My Godheads is expected to remain in Early Access for several months while the team gathers feedback on balancing, and further polishes the game. The full launch is expected in late 2017.

What is Oh My Godheads?