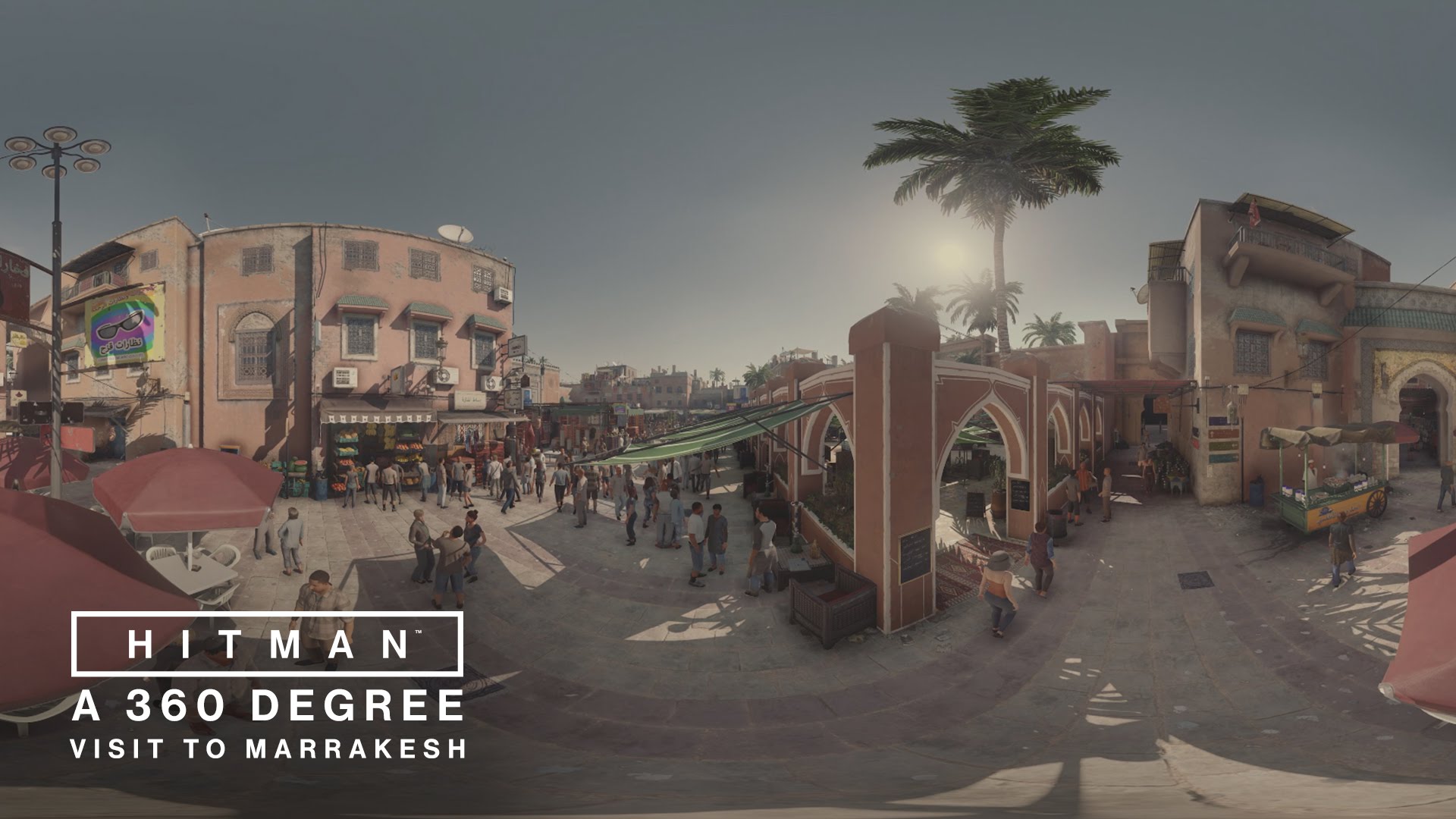 Io-Interactive today released a new 4K 360 degree video showcasing some of the key locations in Episode 3: Marrakesh, which lands with players tomorrow. Wake up on a rooftop terrace, delve into the beautiful souks and marketplaces overflowing with tourists or immerse yourself in a brewing riot in this stunning video, which can be experienced here on YouTube. For a fully immersive experience, we recommend mobile as the preferred viewing platform.

Alongside the video, Io-Interactive published the full release notes for Episode 3: Marrakesh, detailing the continuous updating and improvements made to the live and episodic game. The list of updates include a new story mission in Marrakesh called ‘A Gilded Cage’, eight new opportunities, 71 new challenges and new trophies and achievements. Additionally, the update sees work having been done on gameplay including weapon balancing, NPC and target information, game menu improvements and a range of bug fixes including the ‘kill on subdue’ issue. Full notes are available on https://hitman.com/news/episode-three-release-notes.

Marrakesh is FREE as part of the Full Experience Pack. Owners of the Intro Pack can choose either the Upgrade Pack for $50, which will then include all of this year’s content as it’s released including live and bonus content – or choose to purchase the location individually for $10 (or local equivalent).