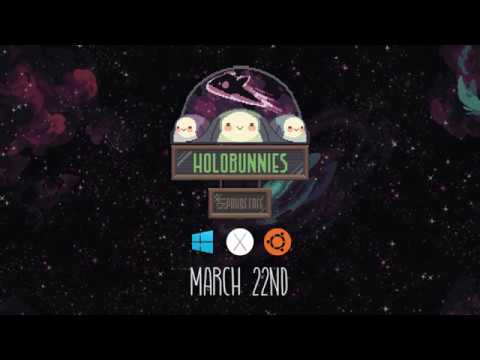 From q-bit Games in cooperation with Nkidu Games, Holobunnies: Pause Café is the Holobunnies spinoff you didn’t know you wanted, with three little games in one fun-filled package, and today the companies unveiled the debut gameplay trailer. Alongside the trailer, q-bit announced that the game will launch on Steam for Windows, Mac OSX, and Linux on March 22.

About Holobunnies: Pause Café
Cruising around in space and trying to find a new planet to live on is hard work, after all, and that’s just what Pause Café is all about: the Holobunnies taking a break from their intergalactic escapades. Fight your friends in an exciting two-player brawler, take on old-school boss battles challenges, and help Kitcat find its way to the Holobunnies in the runner mode.

Show your friends who’s the boss in the exciting two-player, local Brawler ModeConquer old-school boss battles in the oh-so-cleverly-named Boss Battle modeRun as fast as you can in the Runner mini-game, featuring Kitcat. Help him find its way to the Holobunnies! Rock out and find your groove with the heavy, melodic soundtrack.