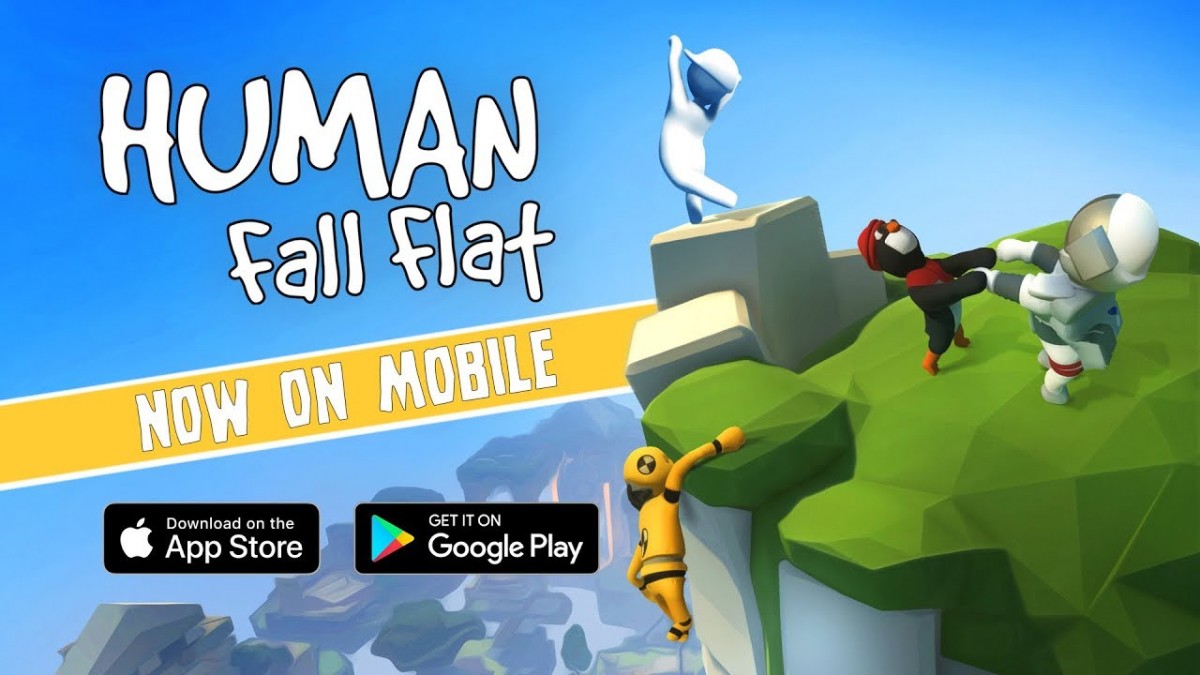 Presented with a unique sense of style, Human Fall Flat is a game unlike any other – and with today’s launch on mobile, which offers single-player local and up to four players co-op online, it’s also available to more humans than ever before, reaching audiences in 135 territories around the world.

Human Fall Flat is a surreal physics puzzle game in which you play as a wobbly human who keeps dreaming about surreal places filled with puzzles where he’s yet to find the exit.  At its heart, it’s a game which will make you laugh. You are no hero and possess absolutely no superpowers. Human’s journey is as random as it is surreal – with no fixed solutions to the obstacles he must overcome. Taking the form of open-ended sandbox levels in which players can experiment with solutions, Human must traverse this beautiful and diverse world in a bid to understand what’s powering his dreams.

Players can play alone, with friends, family or total strangers! Work together to achieve any task – or spend hours pranking each other in the craziest ways possible. Play with up to 4 players for wacky mayhem! Players control Human’s basic movement, but operate his arms independently, making his journey haphazard, hilarious and fraught with danger. Human can pull, push, kick, carry, climb  and break things in the world. Exploration and creativity are key, experiment and have fun! Along the way, players will learn more about the human condition – and maybe something about themselves, too.

Human Fall Flat is available on the App Store and Google Play in North America, Europe, Oceania and parts of Asia. Japan distribution will occur in July with DMM. Greater China distribution with X.D. Network, featuring enhanced localisation, will occur at a later date.