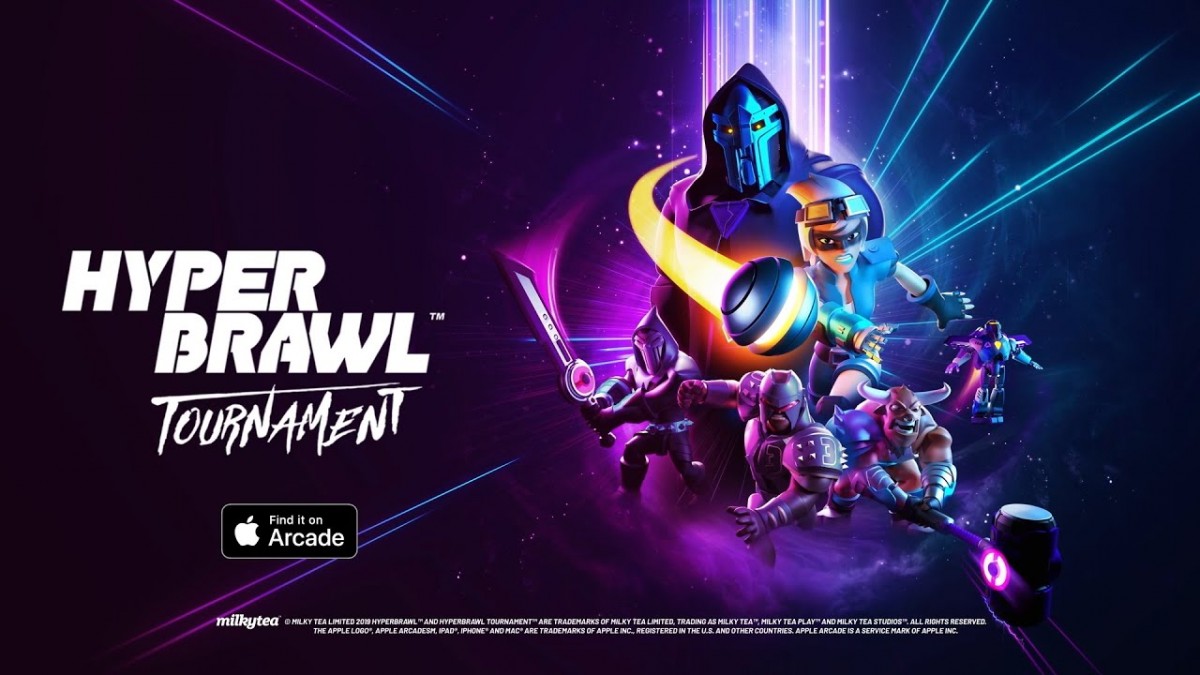 Milky Tea Studios action-packed sci-fi sports brawler, HyperBrawl Tournament, will be one of the glittering array of launch titles for Apple Arcade.

HyperBrawl Tournament is an intergalactic sports contest packed with two-on-two, fast brawling action. The bravest heroes from every corner of the universe have gathered to battle it out in the perilous HyperBrawl arenas. Only those who show true courage will have a chance to reunite the three golden trophies and master the HyperForce.

“It’s a great honour to be one of the titles that launches Apple Arcade,” said Milky Tea Founder, Jon Holmes. “As a studio that has always valued gameplay, innovation and outstanding aesthetics above all else, this seems like a perfect partnership. HyperBrawl Tournament is such a blast, we are very proud of the game, and to see it on Apple Arcade is a fantastic result,” he continued.

Apple have curated a range of ‘games that redefine games” for the launch of Apple Arcade on September 19th. The subscription-based service places Milky Tea’s game amongst other titles premiering this month from the likes of usTwo, Rebellion, Capcom, Sega and Lego.

About HyperBrawl Tournament
Become the Galaxy’s greatest hero by battling through frantic multiplayer matches, across the outer-reaches of space and time. Jump in and experience all the thrills, spills and glory of this epic future sport!

The universe’s greatest heroes assemble
With over 4,000 possible hero/weapon combos, assemble your team to match your playstyle. From the agile Bazooki, to the mighty Toro, or the malevolent, Shade, find your favorites and perfect your game strategy.

Master the HyperCurve!
The HyperCurve gives players a serious advantage, allowing players to swerve or spin the ball around obstacles and opponents into the goal. Wield the power of the HyperCurve to outscore your opponents and conquer all.

Compete in 9 unique Arenas
Travel to nine unique arenas across the universe, each with filled with savagely dynamic obstacles. Rotators, risers and moving floors all add to the excitement.

Vibrant science-fantasy styling
The stylised, vinyl-like quality of the HyperBrawl Tournament delivers vibrancy to a universe that was once shrouded in darkness. Add even more colour with dazzling cosmetics to make your heroes stand out in any arena.

Play anywhere and anyhow
Apple Arcade allows the player to play online, offline, multiplayer, single player, with a pad or using touch controls. Whether you have five minutes or five hours to spare there is something in HyperBrawl Tournament for everybody.

Music that will take each match to new heights
Featuring a soundtrack by Grammy Award winning music producer, Steve Levine, who brings the many worlds of HyperBrawl Tournament to life with synths and beats designed to make your goals soar.