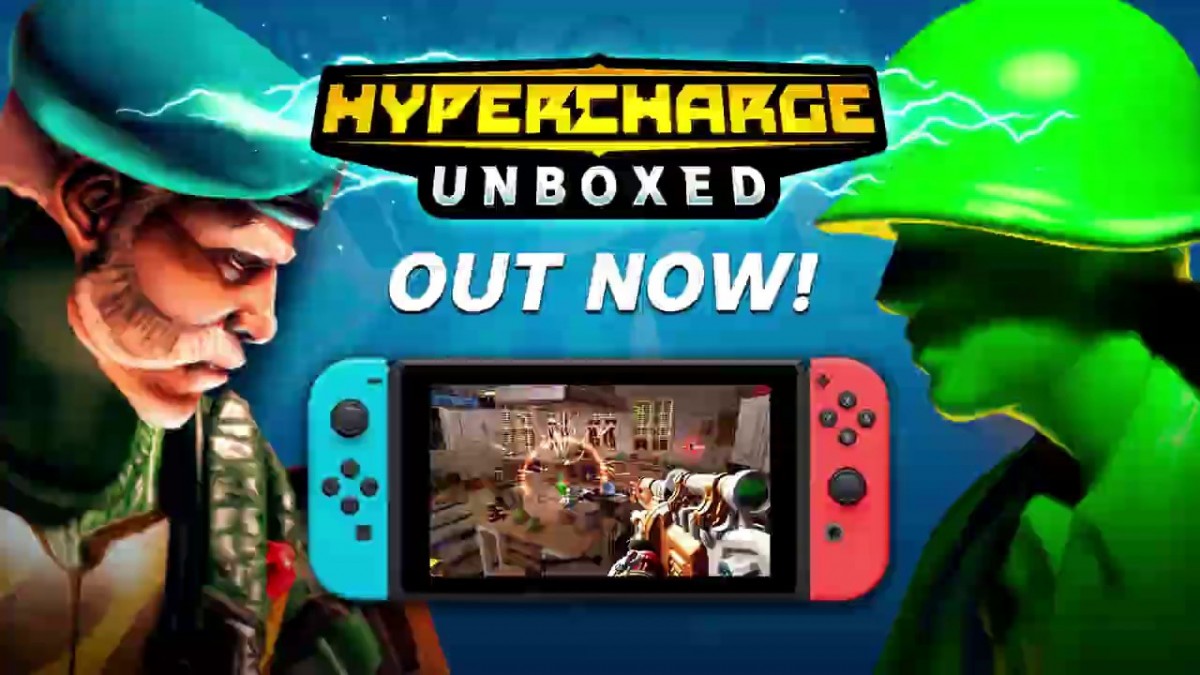 NintendoWorldReport  “One of the most visually impressive games I’ve played on Switch.”

Nintendad “One of the most polished and interesting shooters on Nintendo Switch.”

HYPERCHARGE Unboxed tells the story of Sgt. Max Ammo and his epic mission to defend the HYPER-CORE. Your task is to fulfill his mission and prevent the HYPER-CORE from being destroyed. If it’s destroyed, you can bid farewell to your human friends. They’ll forget about you. It’ll be like you never existed. Do not let that happen. Work together and win, for the future of toys everywhere!