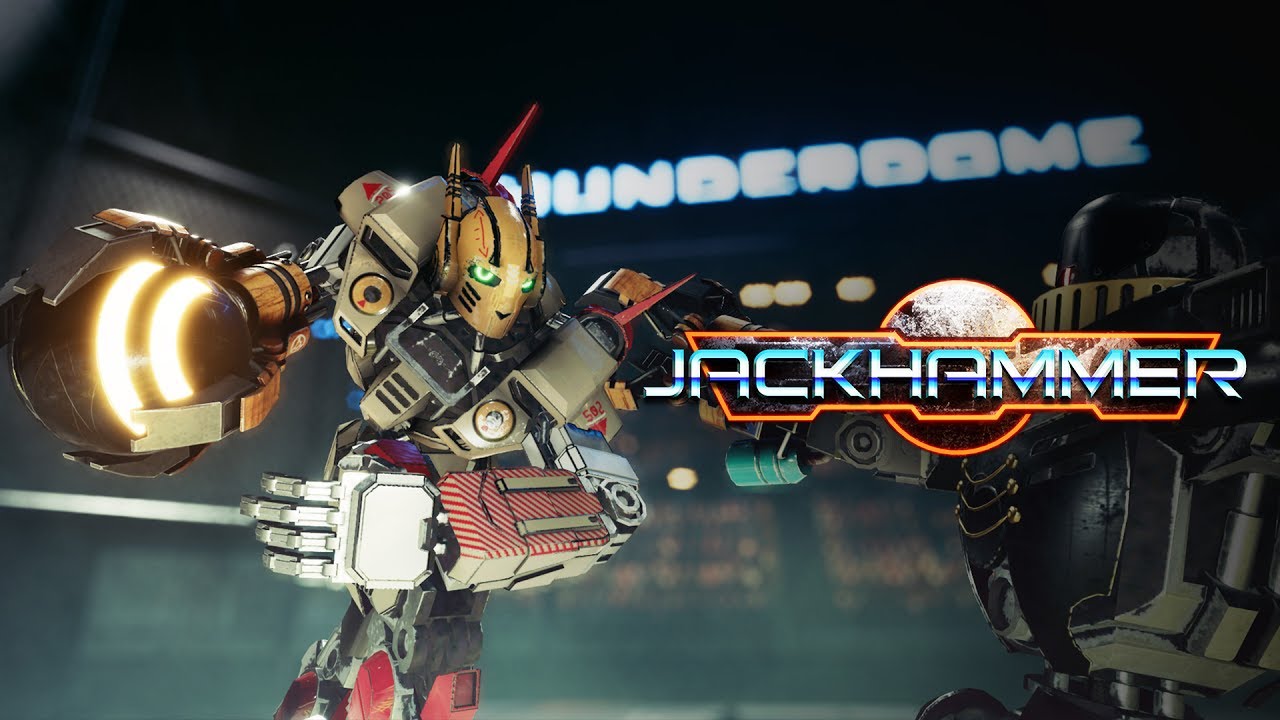 Set in a future where televised sport has escalated, the latest event to take the world by storm is JackHammer. Robots covered in their sponsors’ logos enter into an arena and engage in an explosive, deadly form of dodgeball in front of adoring, paying fans.

JackHammer encourages players to hone their futuristic sporting prowess by employing skillful play, from trick shots to rebounds, and use superhuman athletic ability to own the arena.

“JackHammer is a project driven by a love for high-octane, skill-based games. Bringing our game to PC is a hugely exciting step, and we look forward to engaging with players and continuing to develop JackHammer into a truly unique experience,” said Tom, Developer at Mission Ctrl Studios.

“JackHammer is a core, first person experience that relies on lightning fast reaction times and pure skill. Presented with glorious graphics, great action and plenty of customization, it’s shaping up to be a key title when it launches in Early Access later this year,” said Gary Rowe, EVP Publishing at Green Man Gaming.

JackHammer is a fast-paced FPS experience, where reactions and reflexes are the only thing that stands between you and your enemies.

In the near future, military tech corporations form the International Robotics Combat Association, pitting their state-of-the-art humanoid weapons against one another in arenas around the globe. Robots launch iridium-alloy MurderBalls at their opponents to the roar of adoring (and paying) fans.

Broadcast throughout the world, JackHammer is a frantic and ferocious game of survival for the athletes unfortunate enough to be enlisted.