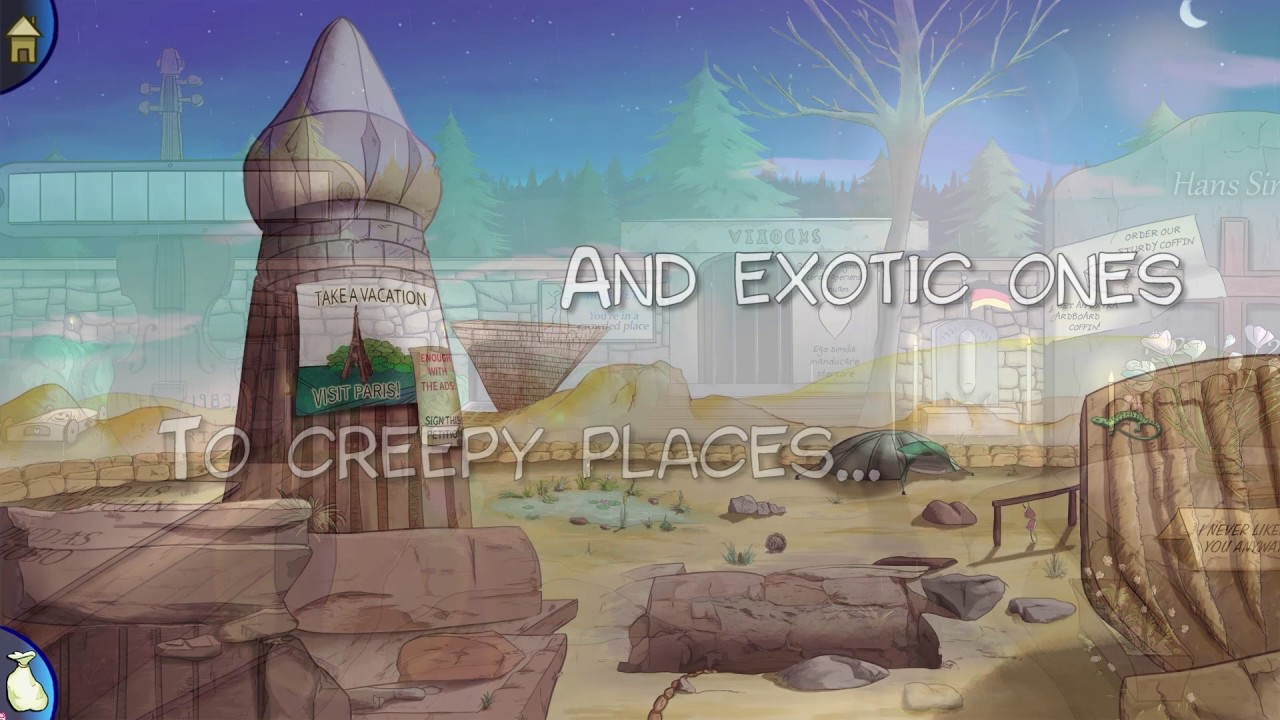 One-dev indie French developer COWCAT is pleased to announce that the quirky adventure game “Demetrios – The BIG Cynical Adventure” is coming to the PlayStation 4 and Xbox One consoles!

Inspired by classics such as the Broken Sword and Runaway series, this adventure mixes the Point & Click and Visual Novel styles with a distinct use of silly humor!

These versions are fully optimized for playing on consoles :