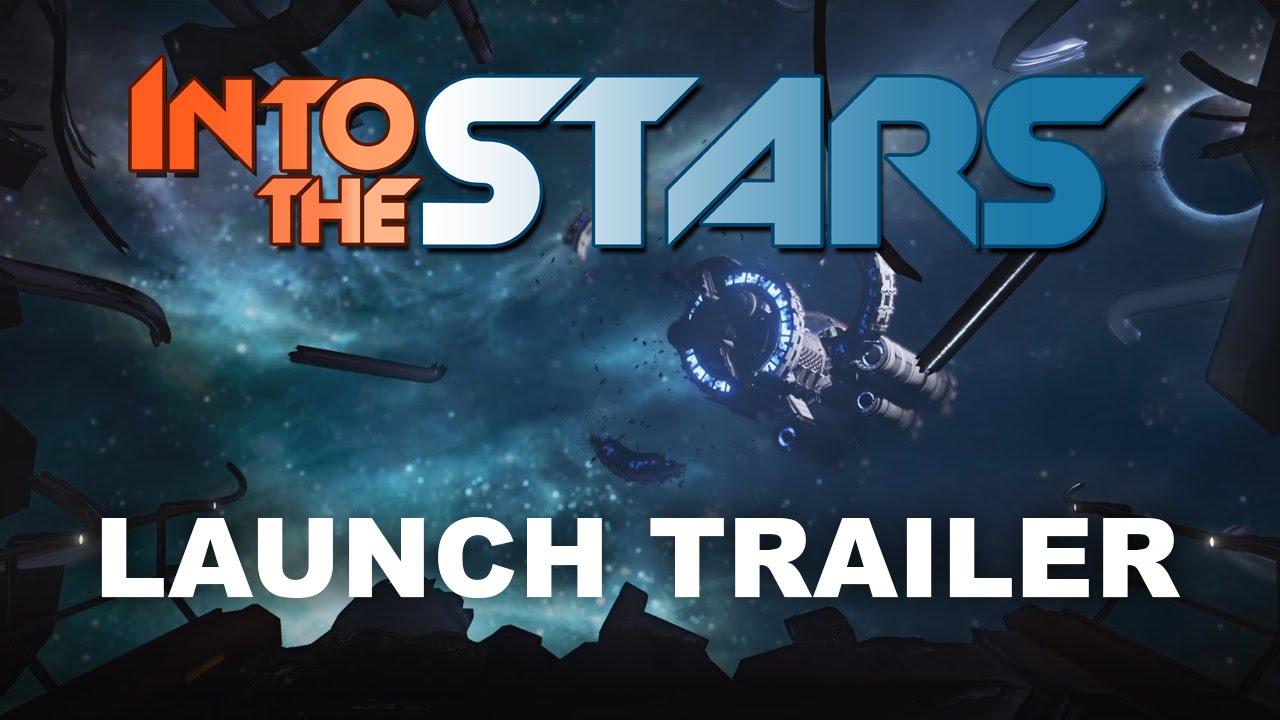 With official launch, Into The Stars adds new missions, updated content and an exploration mode for an even more robust gaming experience. Additionally, German, Spanish, Italian, French, Russian and Polish languages have been added, as well as Steam Achievements and Trading cards.

A special Into The Stars Digital Deluxe Version will also be available to purchase, at an SRP of $26.99 (includes 10% launch discount) with these compelling additional features:

Into the Stars is an open-world space survival simulation that utilizes Unreal Engine 4 to immerse players in a massive star system as they take on the role of Captain and navigate deep space in search of a new home for humanity. With each journey, players will outfit their ships, hand pick their crew and set off on a voyage where they must scavenge resources, shelter civilians and outrun a hostile alien force in order to survive.

“Into the Stars has used the Early Access process to the fullest, leveraging community feedback and numerous updates to fine tune the gameplay experience”, says Ben Jones, development director at Fugitive Games. “With a massive, vibrant universe to explore, Into The Stars provides players with hours of discoverability. Each time someone plays, their strategy skills will be tested by facing incredible obstacles and unique situations from the surface of foreign planets to the hulls of derelict ships.”

The debut title for Fugitive Games, Into The Stars has already earned critical acclaim by receiving the Best-in-Play award at the 2015 Game Developer’s Conference. Into The Stars also raised 130 percent of its target goal on Kickstarter and features a captivating soundtrack from legendary composer Jack Wall (Call of Duty, Mass Effect).

To celebrate the release, a compelling cinematic trailer has been created that highlights the peril of mankind and the vicious nature of their foes, the Skorn. Watch the trailer:

Reviews
“If you enjoyed FTL, but wished it didn’t emphasize combat above all else, you will love Into the Stars.”
80 – The Escapist

“Into the Stars is a Flashier FTL”
PC Gamer

About This Game
We’ve been under attack for 10 years now. Every 6 months the Skorn arrive, set on destroying our planet, and now few of us remain to defend what’s left. The massive Ark ships we’ve built in hopes of escaping them have all gone, save one. You must take the role of Captain of our final vessel, the Ark 13, and guide a hand-picked, but inexperienced crew on a journey fraught with intrigue and danger. The fate of the Endurance Coalition is uncertain and you could well be our last hope. How will you fare once you set out Into the Stars?

Into the Stars is an open-world Space Survival Simulation built in Unreal Engine 4, featuring an original score from Jack Wall.

Take the role of Captain as you explore a massive star system in search of a new home for humanity. Outfit your ship, hand pick your crew and set off on a journey where you must scavenge resources, shelter civilians and either outrun, or outgun a hostile alien force, in order to survive.
Key Features
◾Complete Control: Take command of your hand-picked, but inexperienced crew, and guide them through a star system packed with mystery and danger. Difficulty Settings allow you to tune the intensity of the enemy threat and the pace of your journey.

◾Explore a Massive Star System: You have the freedom to set your course for salvation, but no approach is free from peril. Each of the 90 zones in this system present unique opportunities, along with challenges, and only you can find the path to success.

◾Challenging volley-based Combat: A number of foes, who are unwilling to negotiate, await you on this voyage. That’s why your ship is equipped with weapon systems that speak for the human race, in a language everyone can understand. Choose your target points, battle stations and crew wisely, if you want to survive numerous alien encounters.

◾Music by Jack Wall: Driven by an original score from the legendary composer behind the music for Mass Effect, Call of Duty and Lost Planet.

◾Replayability: Every decision you make as Captain, and every randomly generated obstacle the crew encounters, can affect the outcome of a mission, creating a different experience, every time you play.