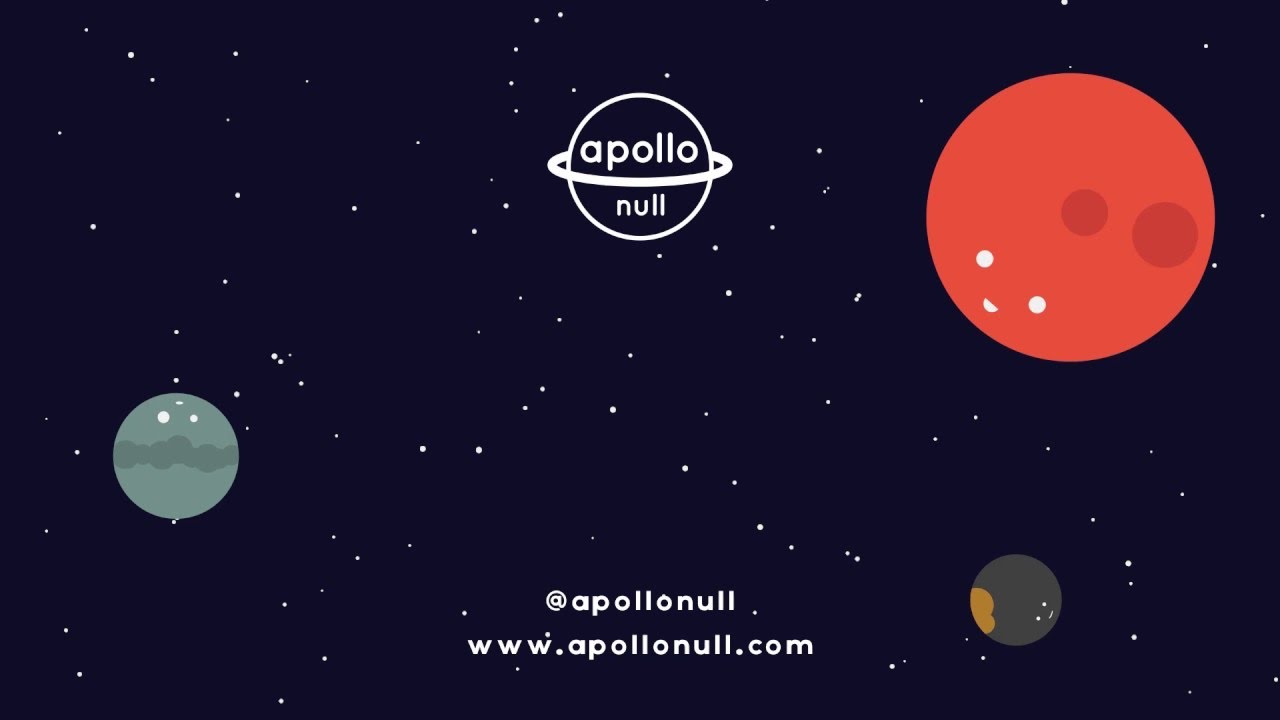 Let’s get right to it. I am making an iOS/Android game called Apollo Null, and it has its first trailer out in the wild.

My name is Jesper by the way, and I am pleased to make your acquaintance.

WHAT WAS ALL THAT NONSENSE ABOUT A THIRD GRADE MATH BOOK?
Ah, well, you see… Apollo Null is about combining sets of simple math equations to reach zero.

In order to do that, the player must connect numbers with operators, such as minus, plus, multiply and more. String more of them together until you have used all numbers and end up at zero, and the level is complete. This takes both spatial and mathematical reasoning, and is real satisfying in the way only good puzzlers can be.

But things get more complex the further you go. You start with positive numbers, minus and plus. But since we don’t want your brain to get bored, Apollo Null introduces multiplication, negative numbers, zero(a real special number in my mind) and much more fascinating mathematical stuff.

Stylistically, the game is very much inspired by games like Threes and Two Dots. The style is cute, yet good looking. None of those Candy-Crush gradients and glossy materials.

Because most people usually hate math, we have made Apollo Null a game you like looking at, even if you’re not any good at math.

WAIT, WHO ARE YOU AGAIN?
We are two people working on the game: me(Jesper Hyldahl Fogh) and Anton Pilmark.
Anton is the mastermind behind the music and sound of Apollo Null, while I handle both design and development.
Apollo Null is our first game release, but we have formerly worked on Awkward Ellie, a VR Elephant Tea Party game which was an official selection of Indiecade 2015.
Awkward Ellie was never released as anything else than a polished game jam demo, so we are pretty excited about adding layers and layers of polish to a game.