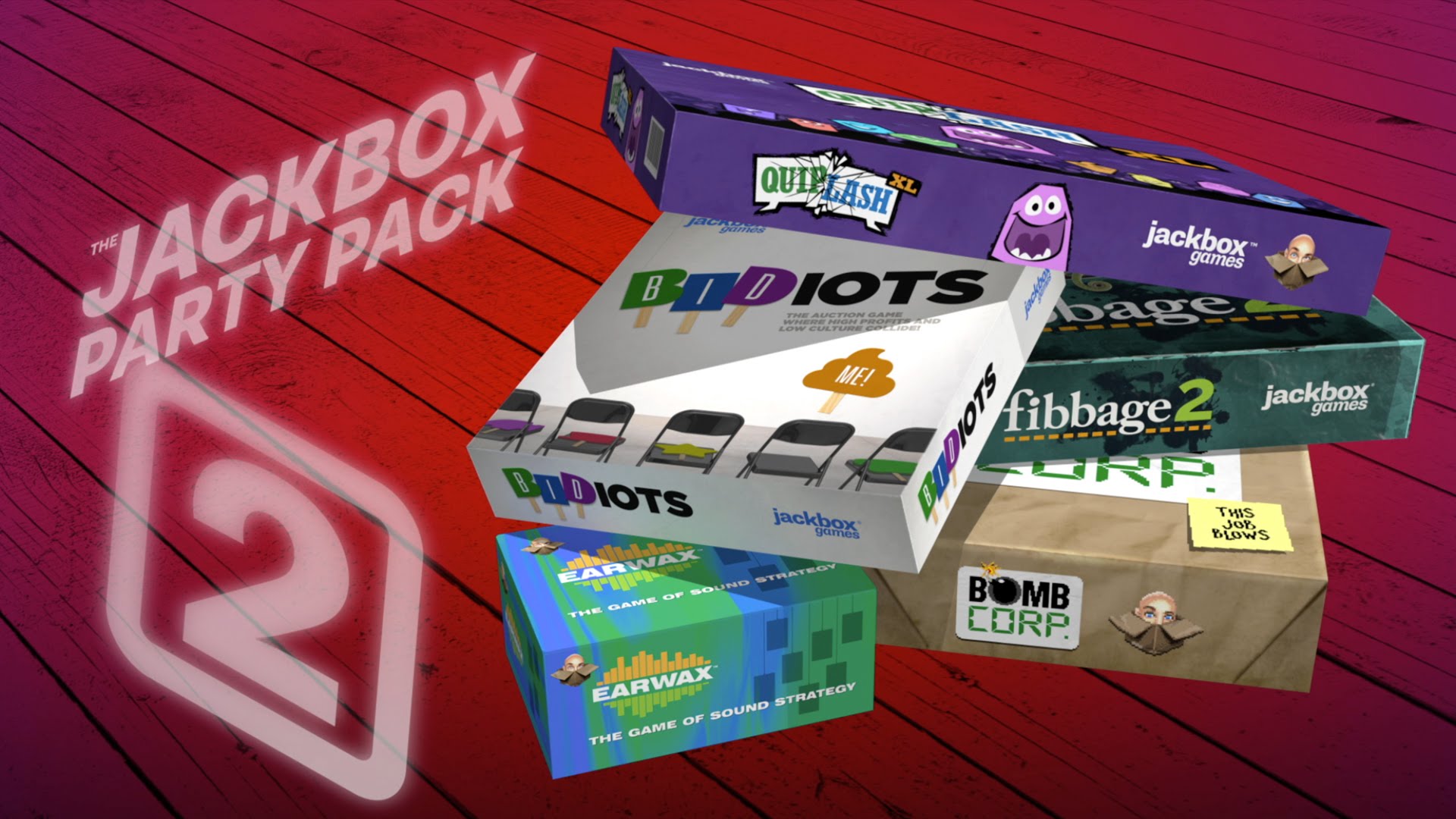 Jackbox Games, the independent developer of YOU DON’T KNOW JACK®, has launched The Jackbox Party Pack 2, a rib-tickling collection of competitive local multiplayer party games for Xbox One, PlayStation 4, PlayStation 3 and PC. Like its predecessor, last year’s The Jackbox Party Pack, everything in this bundle can be played using a phone, tablet or computer as a controller through Jackbox.tv, and only one user needs to own the game for all to participate. In addition, some titles in the pack allow an audience of up to 10,000 spectators to participate and affect each match via online live stream. The Xbox One and PC version has released today with the PlayStation 4 and PlayStation 3 versions currently scheduled for release on October 20th in the UK, all with a recommended price of £19.99.

The launch trailer can be viewed at https://www.youtube.com/watch?v=bW_ENs5zfxQ

Five hilariously irreverent new games make up The Jackbox Party Pack 2, three of which are completely original. Bidiots (3-6 players) is an absurd art auction game where players draw masterpieces on their touchscreens. Earwax (3-8 players) challenges party-goers to match quirky prompts with the best sound effects from their personal stashes. And Bomb Corp. (1-4 players) is a nail-biting competition to try to avoid being exploded into bits.

The Jackbox Party Pack 2 also includes two massive updates on fan-favourite Jackbox hits. Fibbage 2 (2-8 players), the sequel to the massively popular bluffing game, features over 500 questions, more than twice the content found in Fibbage. Quiplash XL (3-8 players) is a supersized bundle of everything from the original Quiplash and the first Quip Pack, plus over 100 entirely new say-anything prompts.

Moreover, The Jackbox Party Pack 2 delivers a number of enhancements on its predecessor. Audience play mechanics let spectators play along and even influence the outcomes of certain games, including Fibbage 2, Quiplash XL and Earwax. Many of the titles included in the collection have timers that can be extended to make it easier for participants to play together remotely on live streams. Jackbox has also introduced a family filter for those who wish to dial down the pack’s most provocative content.

The Jackbox Party Pack 2 arrives today as a digital release on Xbox One through the Xbox Games Store, and Windows and Mac via Steam with a recommended price of £19.99. It is also available on the Apple Mac App Store, Amazon Fire TV and Google’s Android TV. The Jackbox Party Pack 2 has a current release date of October 20th in the UK for the PlayStation®4 and PlayStation®3 computer entertainment systems via the PlayStation®Store.