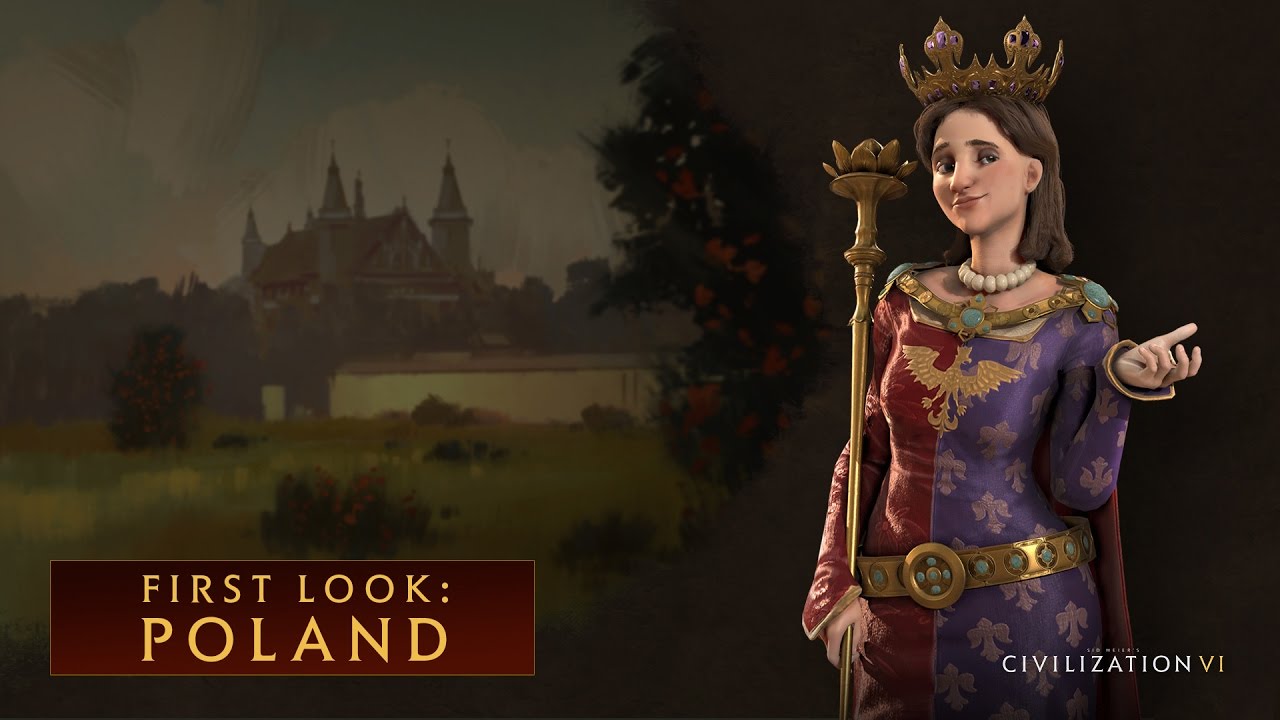 Jadwiga was the first female monarch of the Kingdom of Poland in the late fourteenth century and youngest daughter to Louis the Great.

Her reign began in 1384, with her early years being categorized by earning the respect and loyalty of Polish nobility, ruling side-by-side with Lithuanian king Wladyslaw II Jagiello. Jadwiga was an expert mediator, protected the poor, and was a devout Christian who later became canonized as a saint by the Roman Catholic Church in 1997. She founded a special college for Lithuanians in Prague but perhaps is best known for her work helping to restore the University of Krakow, which would go on to become the center of Polish culture.

Also available starting today is the Vikings Scenario Pack. In this premium DLC bring Europe under your rule as the mightiest Viking lord in “Vikings, Traders and Raiders!” – the most detailed scenario released yet for Sid Meier’s Civilization VI. The Vikings Scenario Pack also includes six new City-States and three new Natural Wonders for use in the base game of Sid Meier’s Civilization VI.