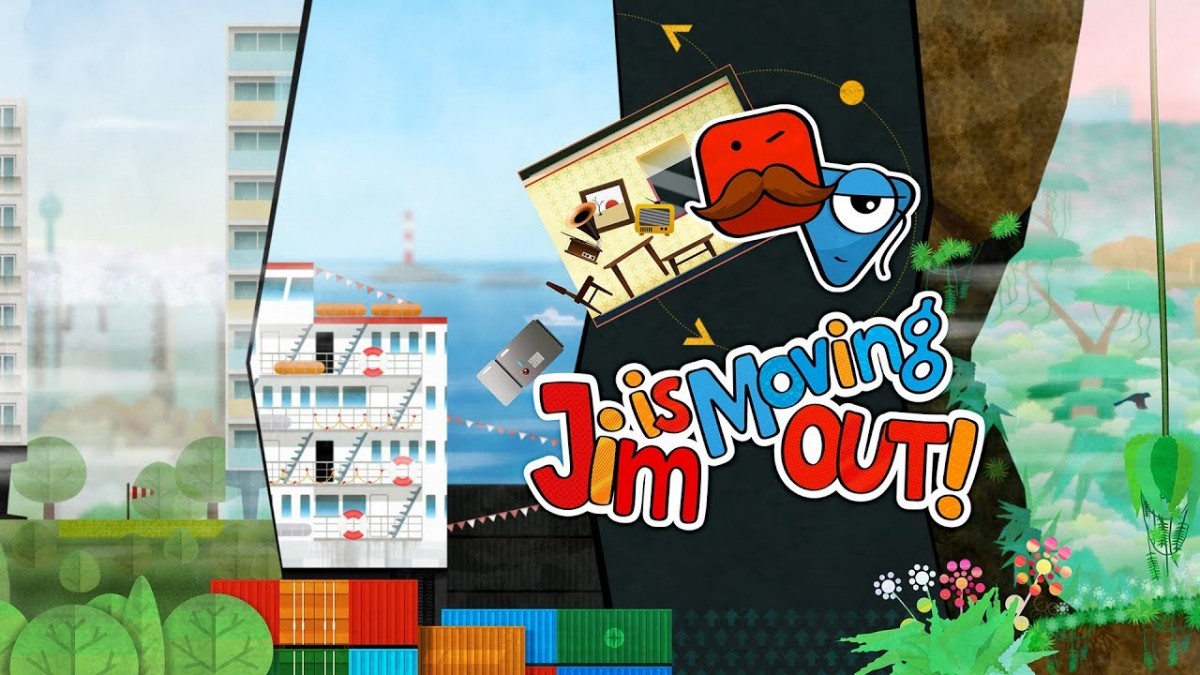 Join Jim and Joe on an exciting trip around the world in the newest release from Cinemax called Jim is Moving Out!. Solve intricate puzzles, collect vinyl to unlock new levels and experimental game modes with twisted rules and have a lot of fun playing solo or in co-op.

Jim is Moving Out! is physics-based puzzle game for Nintendo Switch and Windows PC (Steam), where you control Jim’s flat in a variety of different environments around the world while trying to reach the end of the level without breaking precious stuff inside. Push, pull, lift up or carefully drop down – it’s up to the player which method of manipulation will use to move the flat safely across all obstacles.

Jim’s journey begins in the ordinary city and follows the path to the jungle, the desert or the futuristic city and even the massive cruise ship. Each environment and level inside it brings a fresh set of puzzles and obstacles to solve and overcome. Sometimes by sheer luck, but usually by using enough caution, speed, accuracy and imagination as well. Remember, one wrong move and the flat is in ruins…

Jim is Moving Out! supports single-player and multiplayer for two players in various modes including campaign or experimental Laboratory mode where players need to unlock new stages and game modes by collecting vinyl.

Jim is Moving Out! Is out on Nintendo Switch and Windows PC (Steam)