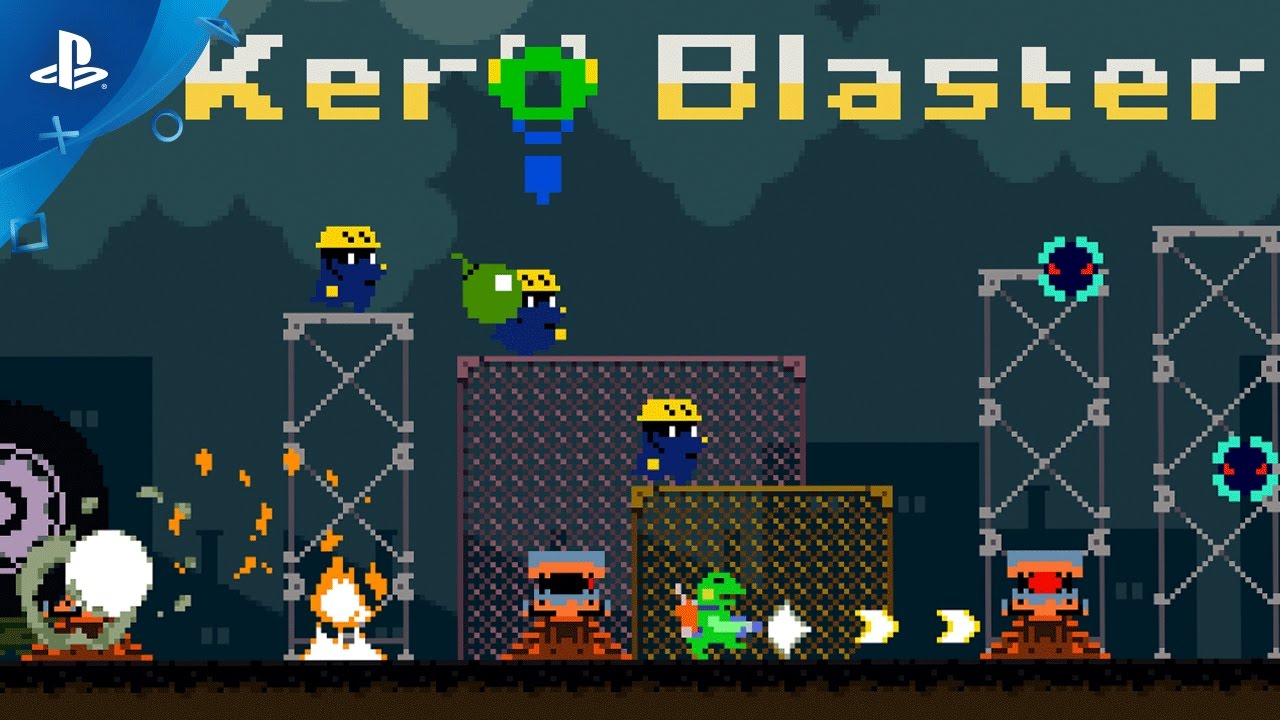 Playism is proud to announce that Kero Blaster is releasing on PlayStation 4 on April 11th.

Kero Blaster, the side scrolling action shooting game from Studio Pixel is heading to PlayStation 4 on April 11th.

After its success on PC and iOS, Kero Blaster also recently expanded its languages from Japanese and English to include French, Italian, German, Spanish, Brazilian Portuguese, Russian and Simplified Chinese, to reach a bigger audience.

These nine languages will also be supported in the PlayStation 4 release.

In the world of Kero Blaster, there are no humans, but rather frogs, cats and many more creatures that live normally like humans would. In this world, our main characters work as normal employees of Cat & Frog Inc., continuing their standard lives with business documents, working overtime, heading to the hot springs, and debugging teleporters from strange creatures which are disrupting everyone’s jobs.

The main character is a bipedal frog, tasked with business trips to perform these “bug removal” business trips. Trek out of the office; find various weapons, power ups and skills through the unknown terrain to fight against unique monsters.

If you clear normal mode, you can also enjoy a “second round” where you can find hidden weapons or challenge “Zangyou mode” – named after the Japanese word for overtime work. But these bonuses aren’t the only areas you can adventure through.

Boss Rush mode has been added to allow you to challenge all the bosses one after another, as well as implementing a variety of trophies for PlayStation.

Whether you are a fan of frogs or not, Kero Blaster’s Cat & Frog Inc. business trips will pack the punch you are looking for.