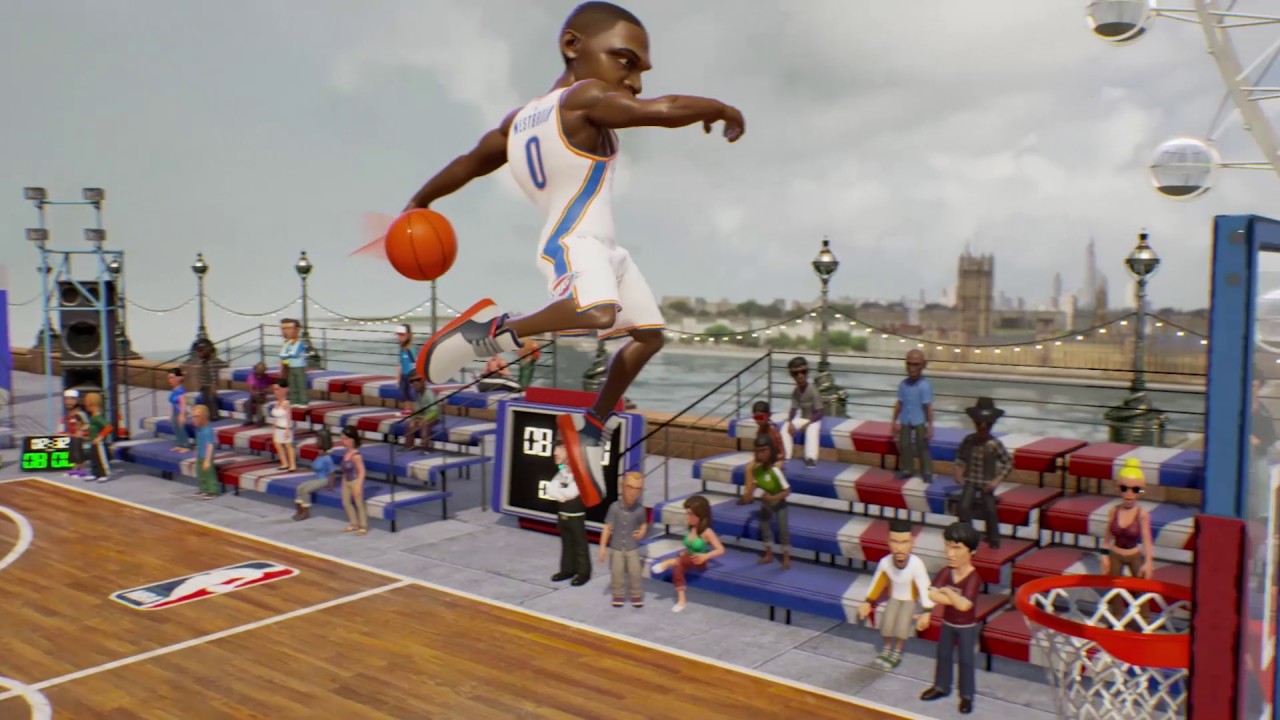 Developed by Saber Interactive, NBA Playgrounds is a new, high-flying, arcade-style basketball game. This classic 2-on-2 action experience will be available on the PlayStation®4 computer entertainment system, Xbox One, Nintendo Switch™, and Windows PC (Steam) as a digital-only release in May 2017 for $19.99.

“Basketball is such a pick-up-and-play sport at heart – we really wanted to bring that spirit into gaming,” said Saber’s CEO, Matt Karch. “NBA Playgrounds has a lot of depth for pros who’ve mastered their game, but it’s accessible enough that anyone can jump in, have fun and feel competitive.“

All 30 NBA teams are featured in NBA Playgrounds, as well an extensive roster of current and retired NBA players that you can level up over time. Play solo, with friends in local and online multiplayer, or against the world in online tournaments. There are hundreds of over-the-top dunks and moves to unleash for show-stopping displays of acrobatic skill on lively playgrounds across the globe.

NBA Playgrounds is rated E (Everyone) by the ESRB and expected to be rated PEGI 3+.