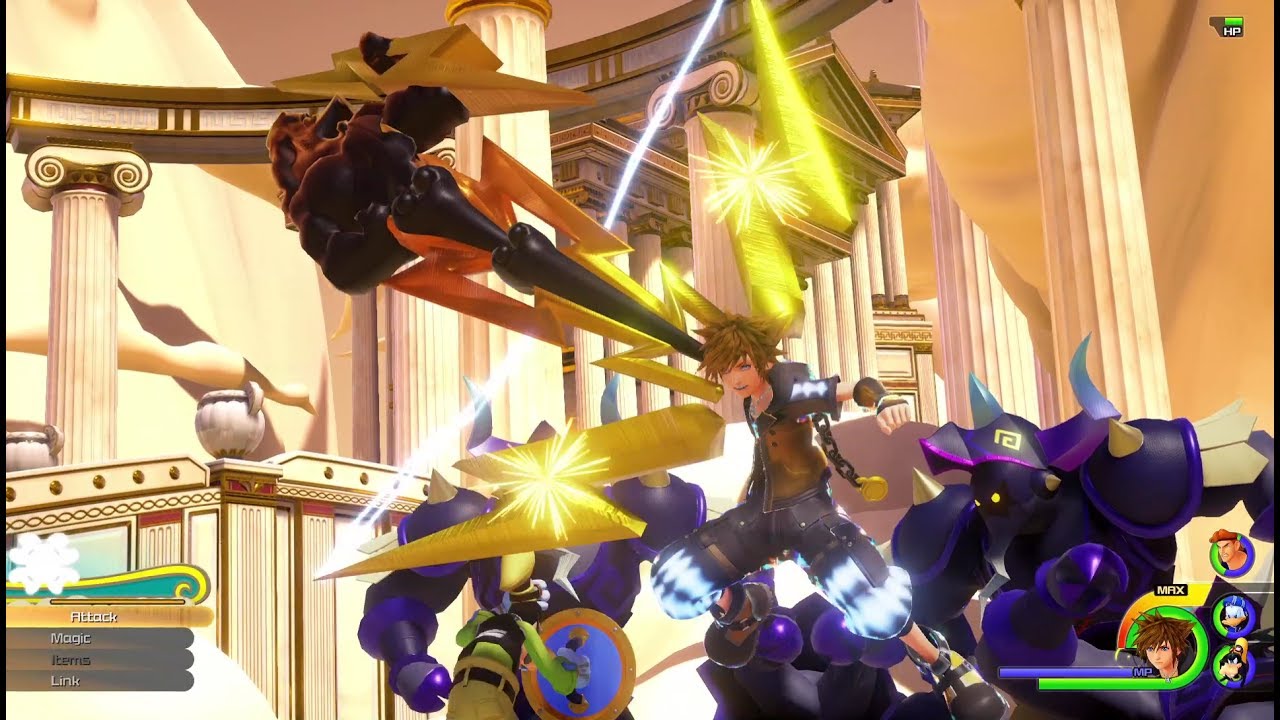 In this action-packed trailer, Sora, Donald Duck and Goofy help Hercules battle various forms of Heartless on Mount Olympus through gorgeous visuals and gameplay. Fans will see Sora in a new form, which allows him to perform special powerful solo and joint attacks on his enemies. A new glimpse into the game’s storyline reveals a reunion with Disney villains Hades, Maleficent and Pete as they discuss the location of a mysterious item while Sora is faced with a dilemma in an effort to bring back an old friend.

About the KINGDOM HEARTS Series
KINGDOM HEARTS is a series of role-playing games created through the collaboration of Disney Interactive and Square Enix. Since the first KINGDOM HEARTS was released in March 2002 for the PlayStation®2 computer entertainment system, the series has expanded with several additional entries. The series celebrated its 15th anniversary in March 2017, and has shipped over 22 million units worldwide.