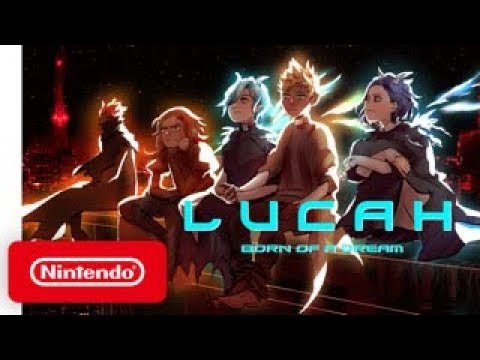 Lucah: Born of a Dream transcends into a new paradigm for games by experimenting with a surreal style, smashing genre limits, and merging mechanics and message with an unapologetically queer narrative about growth and struggle told through beautiful, kinetic violence.

Lucah: Born of a Dream for Nintendo Switch takes advantage of new features like HD Rumble, highly optimized controls and performance, and of course, the ability to bring the game anywhere. The game’s 4-6 hour campaign tells its story over repeat playthroughs across different routes, perfectly suiting the varied session-lengths of the portable/home console.

EARLY CRITICAL ACCLAIM Reviews of both the Switch and PC versions of Lucah: Born of a Dream have featured critical acclaim.

“An unforgettable game that might just prove to be one of the year’s finest surprises, Lucah: Born of a Dream gets the absolute highest of recommendations.” – [10/10] – STARBURST Magazine