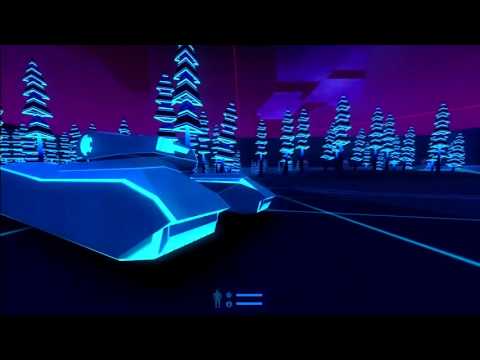 Tank Universal first appeared on Steam and other selected outlets in 2008.

Inspired by the shapes and spaces of Tron and the gameplay of Battlezone, the game is heavy on action. Shells arc in, explosions batter your tank as you judge an enemy’s distance and lob shell after shell their way. Every level is different but in combat the player was just one unit amongst many on the battlefield.

TU2 Game features:
•thrilling first person tank combat
•easy to use FPS controls. Easy to pick up and play
•HUD. All the information you need at a glance. Objectives listed on-screen.
•upgrade your tank. Upgrades include rockets and drop turrets. Can you keep the same tank for the entire game?
•attack / defend / capture. Take the fight to the enemy or defend your base from epic waves of enemy tanks
•colourful and mysterious ‘Tron-like’ gameworld
•3 level demo available.