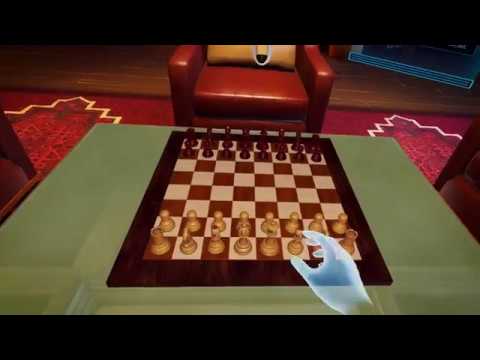 Experiment 7 announced that Magic Table Chess—the company’s debut title and first in its series of VR tabletop game experiences—is available for free on the Oculus Store for the Oculus Rift and Samsung Gear VR.

No matter where in the world they’re playing from, Magic Table Chess enables players to challenge real-world friends to private games and meet in stunning visual environments. Care to play a game of chess while sitting in oversized leather club chairs in front of a roaring fire? How about a quick match in a starship lounge? In Magic Table Chess it’s all possible.

Even if your friends are busy, you can still find a game by matchmaking against players from around the world or playing the constantly improving Magic Table Chess AI. This free download includes core chess gameplay, multiple environments, a variety of decorative art, an original soundtrack and more.

“With Magic Table Chess, and all of our future VR games, we’re bridging the gap between social presence and video game play experience,” said Geoffrey Zatkin, co-founder and creative director at Experiment 7. “We’re starting with chess, a game most people are familiar with, but will soon expand our Magic Table library to include a variety of other well-known licensed strategy games and original content. We believe these high-end tabletop experiences will be a welcome addition to the VR community and are excited to share them.”

Magic Table Chess is available for free on the Oculus Store for Oculus Rift and Samsung Gear VR.