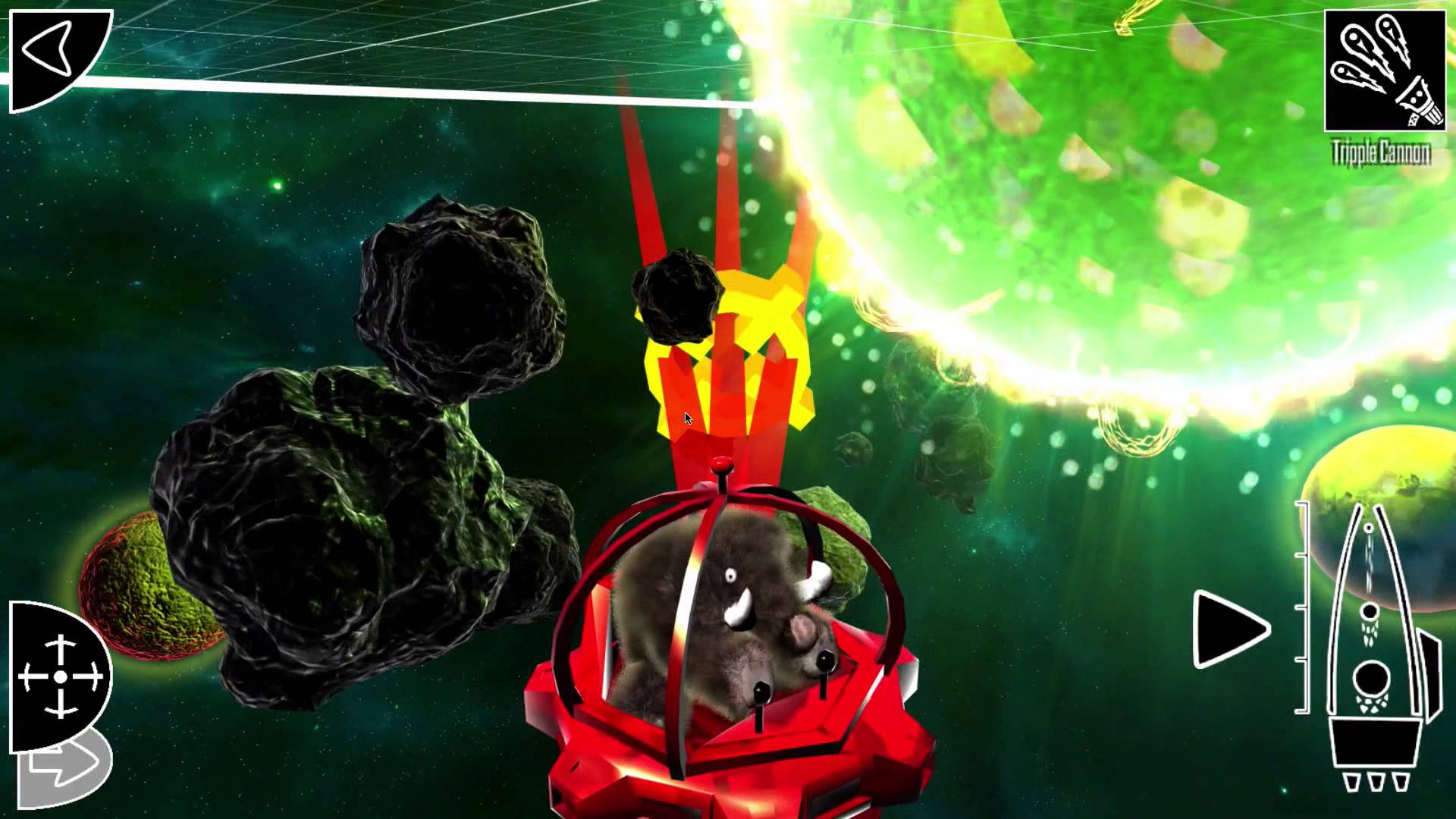 Mammoth Gravity Battles, the most hard core artillery game ever invented, is now on Google Play. Mammoth Gravity Battles takes a fusion of artillery and turn based strategy to the extreme as projectiles trace chaotic winding paths through the real physics of space-time warped by the gravity of stars, planets, block holes and wormholes.

Aiming in a simulated 3D gravitation field is NASA rocket scientist complex, something players will never have experienced before. Fortunately a robust single player campaign introduces the game elements gradually keeping it fun. The players start learning about 2D gravity fields with all elements confined to a plane (same beautiful 3D graphics) before tackling the chaotic wonder of the full 3D gravitational many-body motion. At the end of the campaign players are ready to destroy friends in four player battles using all of the 16 different weapons. Battlegrounds are procedurally generated and a range of AI levels mean the game can be played again and again; each time a new emergent experience. Nothing beats the surprise when a shot orbits a star and hits you in the back or when you pull off a tricky shot through a wormhole.

Mammoth gravity battles has just been released to on Google Play store and will be available later this year on iOS, PC, Mac, Linux.

YouTube, you may use any part of this in or on any channel or site.