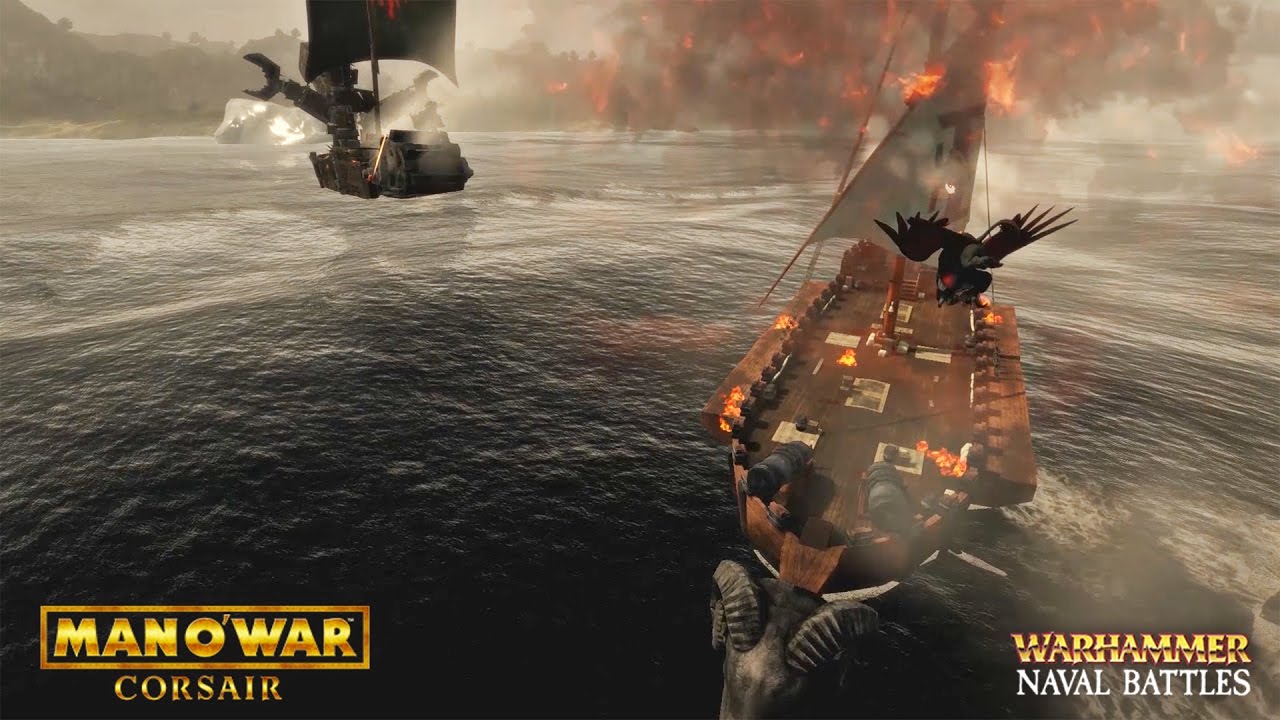 “When we first launched our alpha back in April 2016, we rather optimistically said that we had about four months work left to do,” commented James Carroll, Director at Evil Twin Artworks. “We suspected we might end up doing more than that but our fantastic community has been so passionate and supportive, that we now have a much deeper and more engaging game than we ever envisaged.”

Man O’ War: Corsair now features explorable ports, new races and factions, additional gameplay modes, horrifying sea monsters and more epic battles than ever before! It’s a shining example of how a title should come through Early Access and blossom into a full gaming experience. James explains further: “When developers approach Early Access the right way, it can prove a wonderful collaboration that involves your most passionate fans without having to compromise your original development vision. We’re really glad we trusted our guts (and our community!) and took that route.”

True to form, through final launch and beyond, Evil Twin Artworks will still be asking for even more community feedback and suggestions as they continue to keep expanding Man O’ War: Corsair into the future, with a number of updates already in the works.

About Man O’ War Corsair:
Man O’ War: Corsair is a video game of high adventure, naval combat and exploration based on the Games Workshop classic Man O’ War table top game. Play as a rogue Captain of the Empire or Champion of Chaos, personally navigating your vessel in third person across the Great Western Ocean while plundering enemy ships, visiting ports, trading and making legends of your deeds across the land and sea! Engage in boarding actions, with direct control over your Captain and take the fight to the enemy.
In Man O’ War: Corsair, players will explore a vast continent. Featuring fleets of sailing vessels, cannons, spells and mystical creatures all clashing on an epic scale, but beware the very waters beneath your bows… Here there be monsters!

Man O’ War: Corsair features:
– Sea based warfare – Engage in thrilling broadside battles and take command of your captain as you board enemy ships from an on deck perspective!
– Huge game world to explore with over a huge number of ports
– A large variety of customisable vessel types, Trade and fight with other Captains, vessels and ports.
– Hire wizards and other magical beasts to do your bidding
– Command allies from different races and fight deadly enemies including –
Orcs, High Elves, Dwarfs, Dark Elves, Skaven, Pirates, Chaos, Sea Monsters and more!
– Travel the huge environment day and night, and in all weathers.