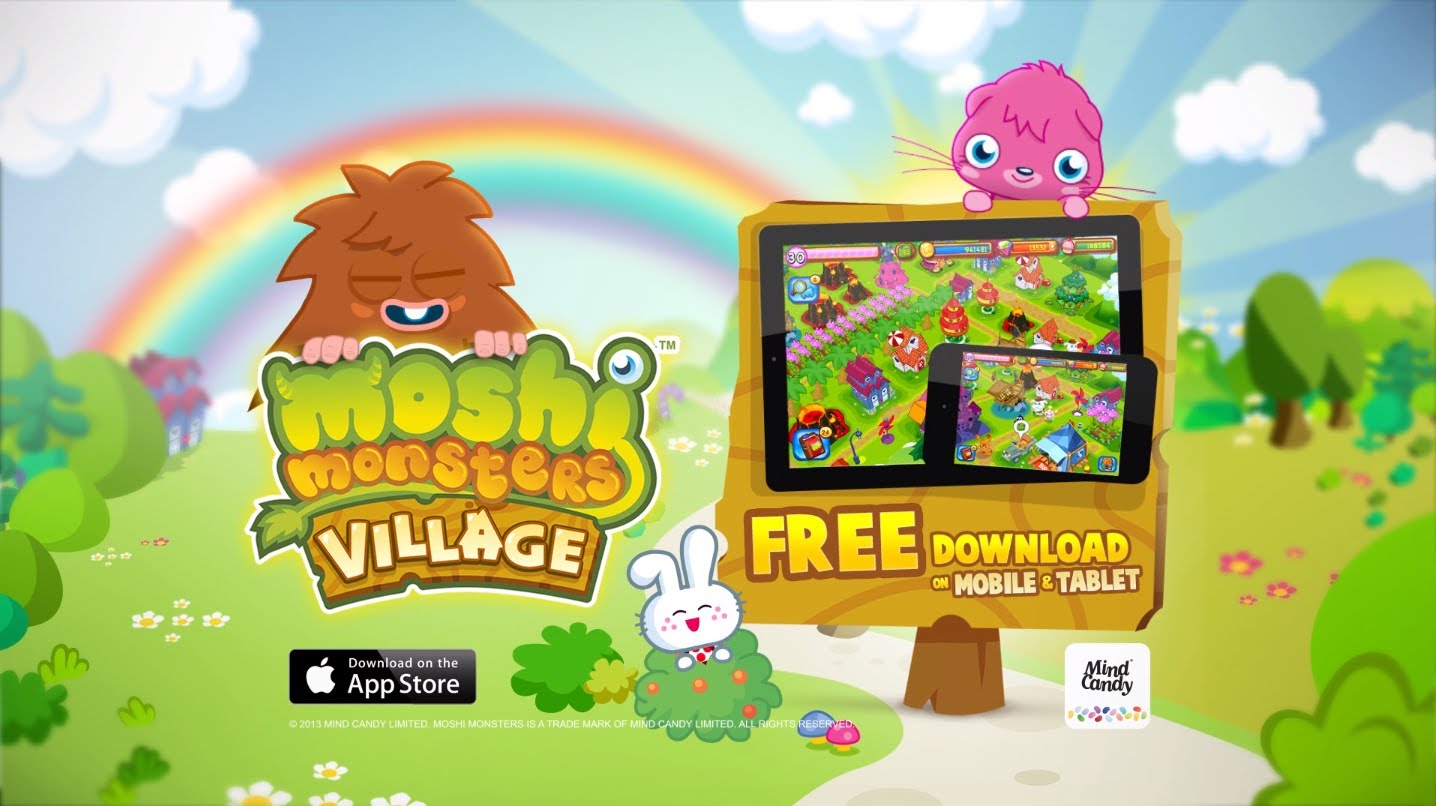 Mind Candy has today announced their chart topping Moshi Monsters Village™ app will be available on Android from tomorrow. To support the launch, the app will also receive top placement on Google Play for 1 week.

Moshi Monsters Village™ became an overnight success when it launched on iOS last month and reached 3 on the App Store charts for 2 weeks. It received critical acclaim with over 12,500 reviews in the app store averaging at 4.6 out of 5. Now Android users will be able get involved and experience the fun as they build and personalise their very own Moshi Monsters™ Village while caring for all of their rescued Moshlings.

The multi-platform launch of Moshi Monsters Village™ is the latest offering from Mind Candy as the company continues to develop its mobile strategy to create amazing family entertainment. The Android launch and top Google Play placement of the app, follows the recent success of another one of Mind Candy’s apps, racing game Moshi Karts™, which launched in late February and made it to 18 in the App Store charts with 4.5 reviews.

Android players can now let their imagination run wild as they create their own Moshi Monsters™ Village while caring for rescued Moshlings. When the dastardly Dr Strangeglove starts catching innocent Moshlings and turning them into naughty Glumps, players embark on fun-filled quests in stunning 3D to rescue captured Moshlings and defeat Glumps in wacky mini games. Featuring Facebook social connectivity and friend code shares, players will be able to interact with their friend’s villages and see how they compare.

Commenting on the Android launch, CEO and founder of Mind Candy, Michael Acton Smith said: “We’re very excited that Android users will now be able to join iOS users as they create their very own Moshi Villages. When we were developing Moshi Monsters Village, we wanted to create a game that sparked people’s imaginations and hopefully we have accomplished this. We’ve also recently launched racing app Moshi Karts™, and can’t wait to introduce more in the coming months as we continue to develop our mobile offering.”

Moshi Monsters Village™ was developed by Mind Candy in collaboration with Tag Games in Scotland and can be downloaded for free, however some game items can also be purchased for real money. Parents or players who do not want to use this feature are able to disable in-app purchases in their device’s settings. Mind Candy has created an easy to use infographic specifically to explain how to do this which can be found at http://mindcandy.com/for-parents/play-smart-top-tips.
In the coming months, Mind Candy will offer content updates and enhancements to the already feature-rich game.

Moshi Monsters Village™ is available to download free on both Google Play and the App Store:

To watch our video release please see below.
YouTube – http://www.youtube.com/watch?v=Yh1KAJf25Ig&feature=youtu.be