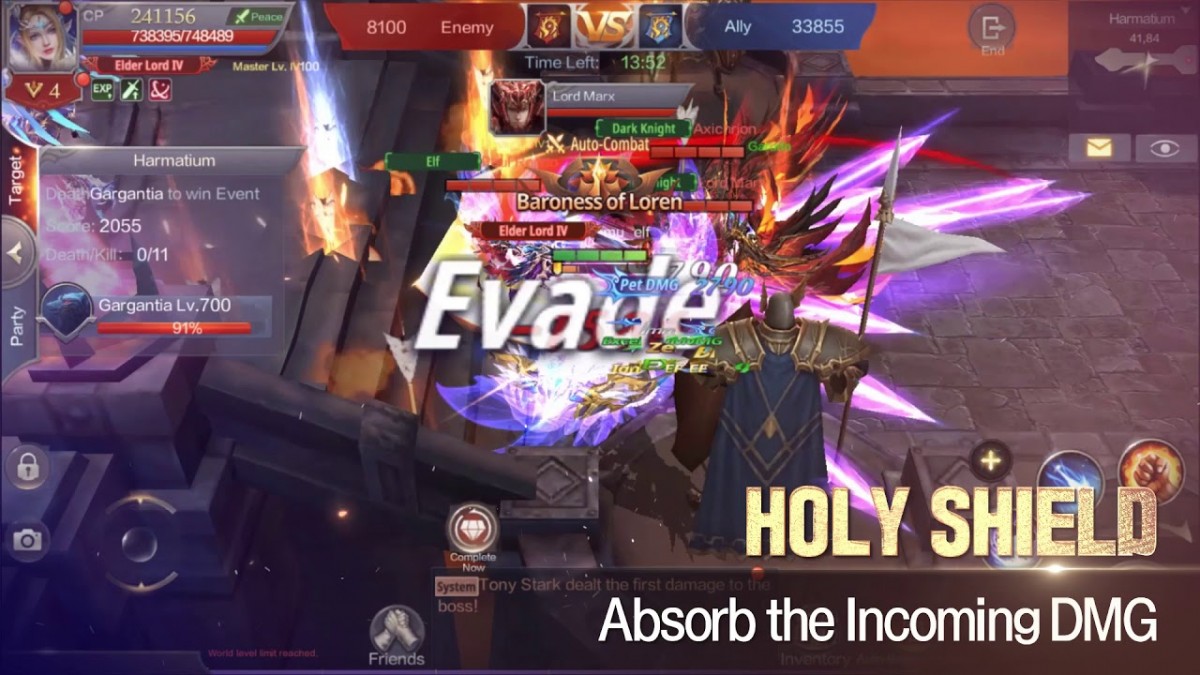 One of the most notable additions to MU Origin 2 is the Holy Shield which unlocks after reaching level 320 and after completing the Swamp of Death quest. It applies while in PvP combat and absorbs some of the damage an opponent inflicts if there is power in the gauge. Once the Holy Shield power bar runs out, the effect will be lost until it is recharged.

MU Origin 2 warriors can also unlock the Divine Tower, after reaching level 320 and completing the Swamp of Death quest, to gain experience and receive materials in order to enhance their Holy Shield.

Along with this 2.1 update, the new Accessory and Jewel Craft features will both be available. The Jewel Craft allows players who reach level 300 to boost the power of grade 6 Jewels and above. These Jewels can be enhanced even further thanks to Jewel Carve and Jewel Refine which allows players to combine them with Refining Gems and Carving Knives.

Unlocked after reaching level 210 and completing the Scream quest, the Flower Gift will give players an increase in charm points, which activates additional buffs from accessories. The new Relation feature also makes its way into the game by sharing Flower Gifts and treasures with fellow MU companions in order to receive Relation points.

Furthermore, a level-cap increase, a new Devantaar map, additional floors in the Infinite Tower, new servers, several tweaks, optimizations, and fixes have been included with this update and are now available in MU ORIGIN 2.

To accompany the launch of the 2.1 Update, the MU ORIGIN 2 team is holding special in-game events including log-in rewards, collection events, spending rewards, and more. Additionally, starting today and running until December 2nd, Abyss Season 4 will open for players to collect Abyss Coins and exchange them for splendid Abyss Costumes.

MU ORIGIN 2 is available and free to download on the Google Play Store and App Store in English, Portuguese and Spanish.

About MU ORIGIN 2
MU ORIGIN 2 is a mobile MMORPG game and is the second spin-off to the classic Korean MMORPG “MU Online” developed by Webzen. MU ORIGIN 2 provides players with a fresh MU experience including all the classical MU gameplay and elements on the mobile device. Players can choose from 3 distinct classes – Dark Knight, Dark Wizard, or Elf – with a huge selection of quests, dungeons, modes, pets, items, and much more waiting for players to discover and unlock.