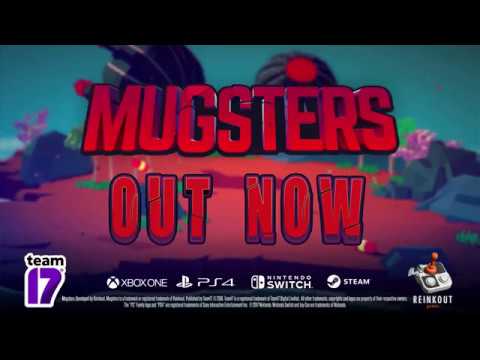 The world is in peril and people need your help, but to help them you must first fight your way through hordes of extra-terrestrial terrors that are hell bent on stopping you! There are reports of four-armed alien invaders, fearsome flying robot fiends and all manner of unearthly unmentionables. Your mission is simple; defeat these alien adversaries, rescue survivors and hightail it out of there!

Mugsters is a physics-based, action puzzle game where you must outrun, out-manoeuvre and outsmart your enemies by experimenting with different sandbox levels, vehicles, environmental traps and explosives.