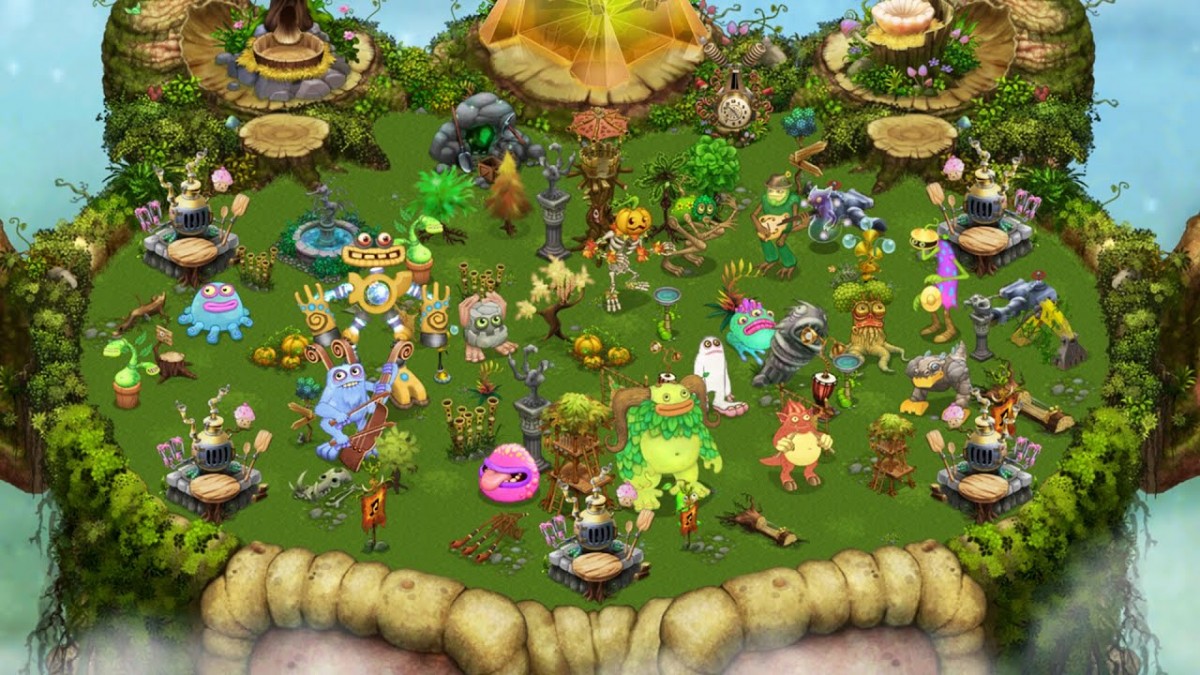 Canadian game developer Big Blue Bubble is celebrating the 7th anniversary of their musical mobile game My Singing Monsters with a special update. Kicking off an entire Anniversary Month of sales and new content, this update makes available fan-favorite Mythical Monsters G’joob and Yawstrich as well as their fun Decorations – all originally exclusive to the PlayStation Vita version of My Singing Monsters.
Joining the party is Rootitoot, whom fans will recognize from My Singing Monsters: Dawn of Fire, here to unveil Fire Frontier, a new Island concealing a fourth Element to be revealed later this month. With the mystery of Fire Frontier comes a new social media campaign where the community can make their Element prediction by joining #TeamAir, #TeamCold or #TeamEarth. Fans can also enjoy the Anniversary decor on Gold Island as well as awesome sales and promotions to keep the party going all month long.
Update Features:
New Island – Fire Frontier is an interstellar new Island with a hidden fourth Element, to be revealed during Anniversary Month.
New Monsters – First introduced as PlayStation Vita exclusives in 2014, fan-favorites G’joob and Yawstrich have finally come to the mobile version of My Singing Monsters! Also making a special appearance from Dawn of Fire is Rootitoot.
New Decorations – Players can now access a collection of stunning new Decorations, formerly exclusive to the PlayStation Vita.
Sales and Promotions – Anniversary Month continues the annual tradition of an adorned Gold Island and a month full of amazing sales!
My Singing Monsters is a free-to-play game offering in-game purchases and is available worldwide on the App Store and Google Play. Learn more and download the game at www.bigbluebubble.com/my-singing-monsters/.

About My Singing Monsters
My Singing Monsters is a beloved and critically acclaimed top-grossing game on the App Store and Google Play, with more than 70 million players worldwide. The free-to-play family-friendly title explores rich intriguing worlds as players are engaged in discovery, creativity, and delight by breeding and feeding Singing Monsters to build unique melodies.