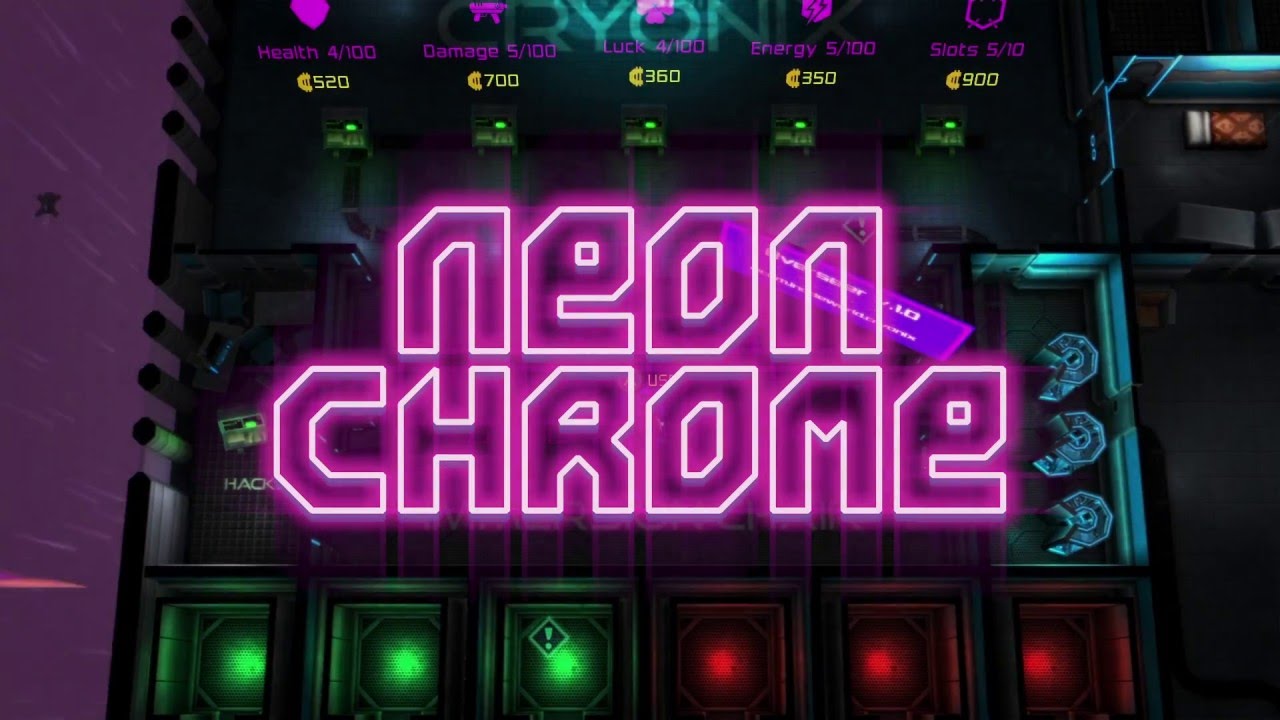 Independent game developer 10tons announced today the cyberpunk top-down shooter Neon Chrome is now available in Steam. The game is priced $14.99 USD with a 10% launch discount through May 4th.

“We’re immensely proud of Neon Chrome. It’s our largest production yet, and it turned out fantastic. Early feedback has been incredibly enthusiastic, and the YouTuber and streamer communities have embraced the game. We’re confident that Neon Chrome will find countless fans.” says Tero Alatalo, CEO of 10tons Ltd.

Neon Chrome is a ruthless top-down cyberpunk shooter with rogue-like elements. The game takes place inside an arcology – a massive sci-fi mega structure. Every gaming session is different as the levels are largely procedurally generated.

The player gets to blast his or her way through walls with guns and cybernetic abilities. Character classes such as the Hacker or the Cyber Psycho provide opportunities for alternate approaches. Character stats can be upgraded, new cybernetic enhancements discovered and overall player power built up to ultimately stop the insane Overseer. Every death is a new beginning – the path to the Overseer is never the same.

“I’m also not ashamed to say that I have sunk many, many hours into this game and I seriously recommend that you do too.”
8/10 – keengamer.com

“If you want a great top down twin stick shooter cyberpunk game then Neon chrome is the game for you.”
gamezone.com

About This Game
Neon Chrome is a ruthless top-down cyberpunk shooter with rogue-like elements. The game takes place inside an arcology – a massive sci-fi mega structure.

Blast your way through walls with guns and cybernetic abilities and try alternate approaches with different roles like the Hacker or the Cyber Psycho. Upgrade your character stats, discover new cybernetic enhancements and build up strength to finally stop the Overseer. Every death is a new beginning – the path to stopping the Overseer is never the same.

Neon Chrome was created by 10tons – the company behind the cult hit game Crimsonland.

The cybernetic heart of Neon Chrome beats after each death and gives birth to a completely new path ending in a final battle. The Overseer controlling everything trusts his obedient minions to end the life of your asset before you reach him. Your path will be a mix of randomly generated futuristic environments and hand crafted challenges.

Your character will be a sum of your choices and a bit different each run. Visit your nearest CyberHance Express station and select from a choice of over four dozen cybernetic enhancements. The enhancements range from health and protection improvements to defense and assault systems – and far beyond.

Before each run you choose one of three randomized characters. In Neon Chrome we call these assets. Each one a bit different – everyone as good as dead. The asset is a unique combination of role, weapon, and ability. The sneaky assassin with mines or the robust corp soldier with incendiary grenades? The choice is up to you.

Almost everything in Neon Chrome can be destroyed with weapons or cybernetic abilities. You’ll shoot through walls, make rooms explode, and obliterate whole floors while blasting your way through the building.

Overcome the latest killing solutions ranging from armed security to lethal assault drones and cyborgs. The building hosts a small army and even devastating military robots. To make your way to the top you also need to overcome handcrafted combat and puzzle challenges.

If your local friends would like to help you bringing down the Overseer the backdoor to CryoNix corporation cryocenter allows the activation of multiple assets at once. Neon Chrome supports 2-4 players in local co-op!

Armed with your skills, weapons, and cybernetic abilities you’ll have a fighting chance of stopping the Overseer. Go on, venture into the Neon Chrome and remember: Death is always a new procedurally generated beginning.