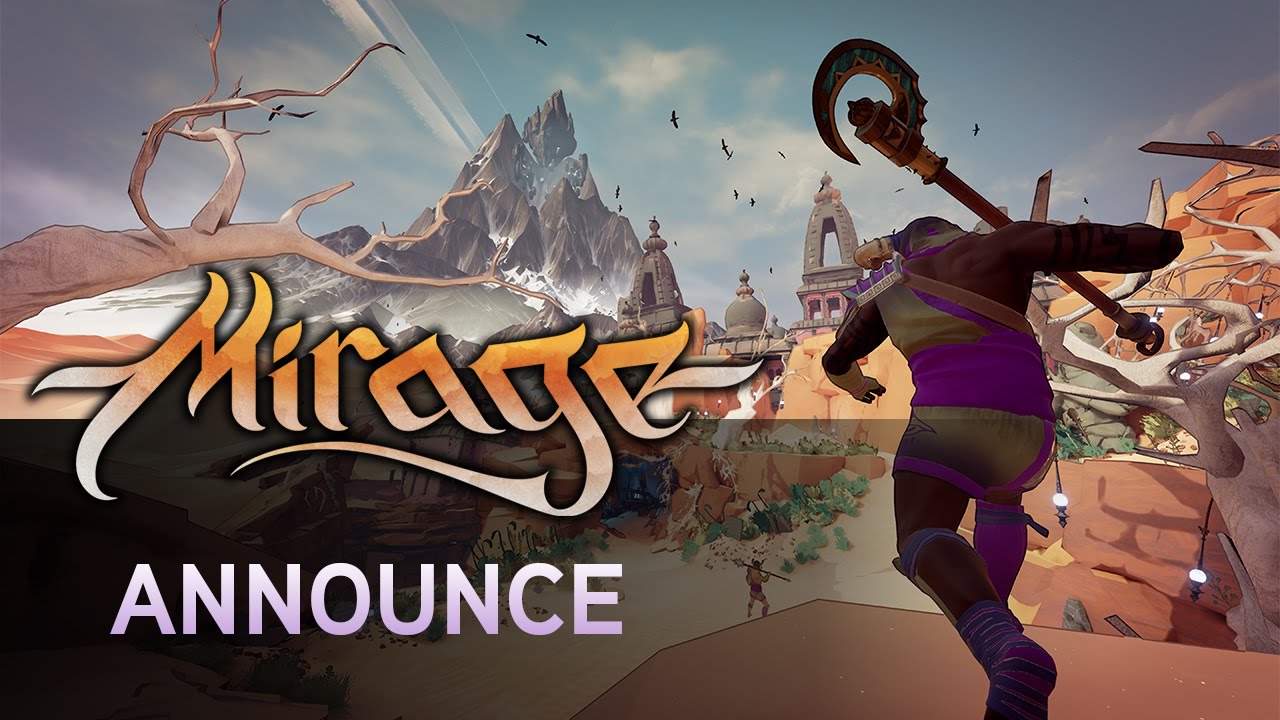 Torn Banner Studios, the creators of the popular first-person medieval combat simulator Chivalry: Medieval Warfare are proud to finally reveal to their fans a first look at their upcoming magic and blood-soaked title, Mirage: Arcane Warfare.

In Mirage: Arcane Warfare, the calm of a strange fantasy world is shattered by ruthless civil war. Warriors armed with steel and magic bring violence and death as they do battle across a fantastical Arabian and Persian-inspired setting of desert sands, market bazaars and grand palaces. Built using the powerful new capabilities of Unreal Engine 4, Mirage: Arcane Warfare presents visually stunning backdrops to some viscerally brutal multiplayer combat.

“Our last game Chivalry was about chopping off people’s heads with a sword. Mirage takes that core gameplay DNA and explodes with a range of new bloody, brutal combat possibilities thanks to the addition of powerful magic” said Steve Piggott, Torn Banner CEO and game designer on Mirage: Arcane Warfare. “Mixing in the elements of fantasy and magic allow us to add entirely new components and levels of complexity to that core team-based combat concept that we find so much fun to play.”

“Our artists have created a rich and unusual world in Mirage, full of colour, character and a unique setting that is so rarely explored in video games,” according to Torn Banner environment artist Lucas Annunziata. “Working with Unreal Engine 4 has not only helped us bring to life the exotic locales of Mirage, it also gives us the tools to make magic effects that dazzle and bloody gore that make us cringe.”

Slated for release on PC through Steam later this year, Mirage: Arcane Warfare will feature a range of diverse player classes each with their own unique weapon and skill sets, exotic fantasy locales, multiple multiplayer game modes including objective-based challenges, brutal gore and a host of other innovative new features. Currently in development, Torn Banner will roll out more information and progress about Mirage: Arcane Warfare in the coming months.