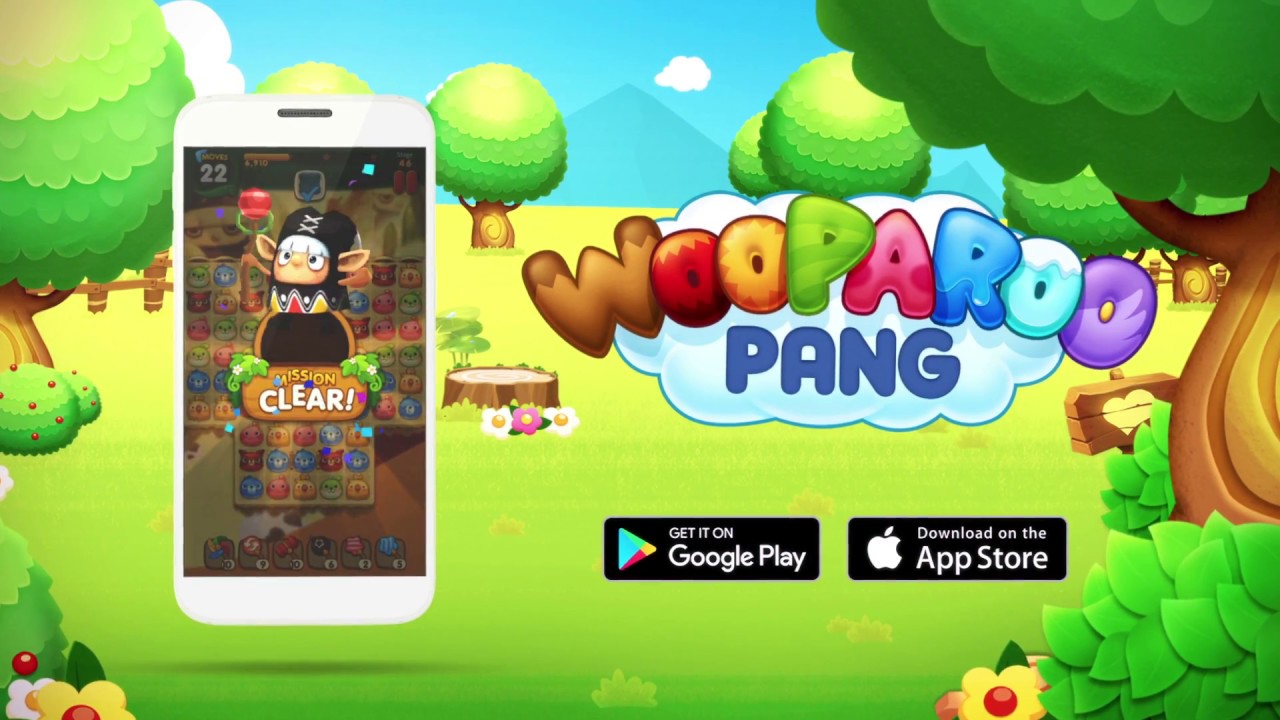 Launched in global Google Play and Apple App Store with 13 different languages
Maximize rivalship and fellowship through global social modes, ‘Co-op Mission’ and ‘Contest’
‘Wooparoo’, NHN Studio629’s well-known characters with 15M downloads globally, re-imagined into a puzzle game
Players can get up to 820 Gems by participating in 8 in-game launch promotions

NHN Studio629 announced today that WooparooPang, its new puzzle game using ‘Wooparoo’ intellectual identity (IP), is now live globally. It supports a total of thirteen languages and players worldwide can download the game on both the iOS and Android mobile markets.

The main content consisting of ‘Co-op Mission’ and ‘Wooparoo Contest’ are global-based social content that maximizes the players’ fellowship and rivalship. It differentiates itself from other existing puzzle games with messenger-based friends leader boards, by providing a ranking system of all global players.

Players can enjoy WooparooPang with other players even if they do not have messenger-based real friends. Global ranking system allows them boast of their puzzle skills marked with their national flag, to players worldwide.

‘Co-op Mission’ is raid content where a group of players will cooperate together to clear a mission. A new mission is provided every day and more rewards will be given when more players participate in the mission.

‘Wooparoo Contest’ is content that made a big hit with players during the closed beta test. Global players compete for the first class in real-time which provides high engagement, rivalship and excitement. Contest is also held every day with a new mission so even new players can challenge for the world record.

WooparooPang applied cute ‘Wooparoo’ characters and story into the puzzle. It introduces the Wooparoo summoning system which was one of the more notable systems of Wooparoo Mountain, and a Wooparoo collection system of more than 300 Wooparoos to this game. Fans of the other Wooparoo games are sure to be dazzled by this brand new entry into the beloved series.

As a launch promotion, WooparooPang has started various promotions to give up to 840 Gems to each player. A special Log-in Event will give limited edition ‘Rosa’ Wooparoo to all those players who log in to the game for 7 days, and the Blue-White Game event will decide a winning team based on the performance and cooperation of each team member.