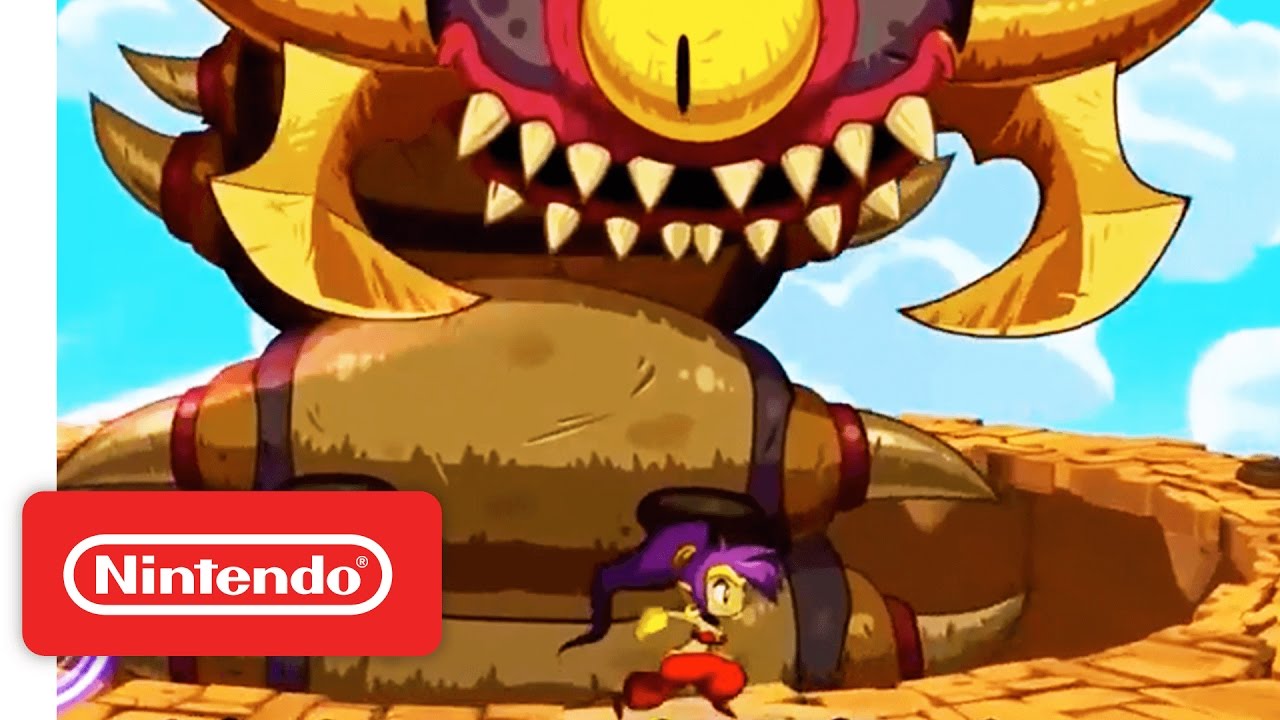 Shantae: Half-Genie Hero – Shantae embarks on her first full HD adventure! When a mysterious crime wave sweeps Sequin Land, it’s up to Half-Genie Hero Shantae to save the day! Use Shantae’s devastating Hair-Whip Attack to send monsters flying, or Belly Dance to transform her into more powerful forms. Topple the masterminds behind each criminal caper and prepare for the ultimate showdown against Shantae’s arch nemesis: the bodacious buccaneer Risky Boots.

Virtual Console on Wii U

Mario Party 2 – Get ready to party like it’s the year 2000 all over again, complete with fancy costumes, bags of surprises and games galore! Mario and his Mushroom Kingdom friends return in this Nintendo 64 sequel for a new round of Bowser-bashing board game action. Each of your favorite characters wears different themed outfits to take part in five fun-packed Adventure Boards: Pirate Land, Western Land, Space Land, Mystery Land and Horror Land.

Celebrate the winter holidays with your favorite Capcom games at up to 75 percent off.
Other great deals this week include Pirate Pop Plus, SteamWorld Heist and Chasing Aurora, plus several more!

National StreetPass Holiday – A very special guest is visiting Nintendo Zone for the holidays! A Mii character of Shigeru Miyamoto, the legendary creator of Mario, Zelda, Donkey Kong and countless other classic Nintendo characters, will be available when you stop by a Nintendo Zone location between Dec. 19 and Jan. 15. You’ll be able to receive up to six Mii characters at a time from across all North America via StreetPass relay. This is a great opportunity to exchange custom Super Mario Maker for Nintendo 3DS courses with other players, too! Visit here for more info: http://www.nintendo.com/whatsnew/detail/national-streetpass-holiday-edition .

New themes this week include: