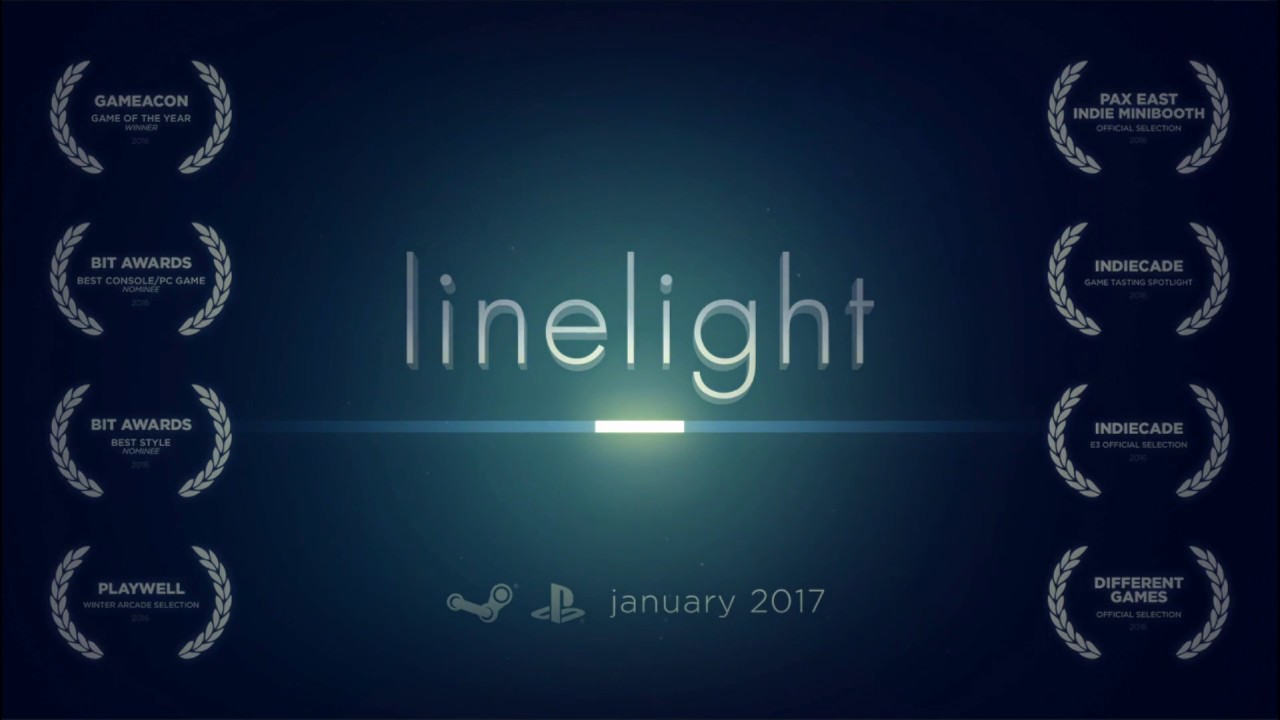 Award-winning indie studio My Dog Zorro’s upcoming minimalist puzzle game, Linelight, will arrive on Steam, PlayStation 4 and Xbox One in Q1 2017. Set in a world made entirely of lines, Linelight’s 300 levels and six worlds are filled with Zen-like music, rich gameplay mechanics, and elegant design that distill the puzzle genre down to its very foundation.

Take control over one very special line – named “Dash” – and explore the puzzles and mysteries of Linelight. The controls are irreducibly simple: Move.

Activate color-coded switches to create a “bridge.” Watch out for red moving lines – friendly in appearance, deadly on contact. Combine familiar gameplay mechanics to come up with one-of-a-kind solutions for exultant “Aha!” moments. 🙂

Linelight’s simple presentation belies a world of rich complexities and secrets. Keep an eye out for stars, and concentrate to discover secret pathways that expand the scope of your journey. Can you keep cool, keep Dash safe, and follow the path to its ultimate end?

“My goal was to take simplification to the extreme, initially for the fun/rewarding design challenge, but eventually because that’s where the most beautiful possibilities dwelled,” says Brett Taylor, founder and lead designer at My Dog Zorro. “Lightlight’s lifeblood is in its elegance: every puzzle and every line serve a unique purpose. When I brought all of the game’s components together (e.g., the music and aesthetics), it all came alive! I hope you have as much fun experiencing Linelight’s elegance as I did creating it.”

Key Features
Bask in the soft glow of a world made out of straight lines
Experience 6 hours of pure, unadulterated gameplay
Solve more than 250 different puzzles across six unique worlds
Enjoy a Zen-like, ethereal soundtrack, and enter a state of flow
Explore the intricacies of each world to uncover secret challenges

Pricing & Availability
Linelight will be released on Steam, PlayStation 4, and Xbox One in Q1 2017. Pricing and exact launch dates yet to be determined.